Home Uncategorized Haug: Michael has more bite than ever 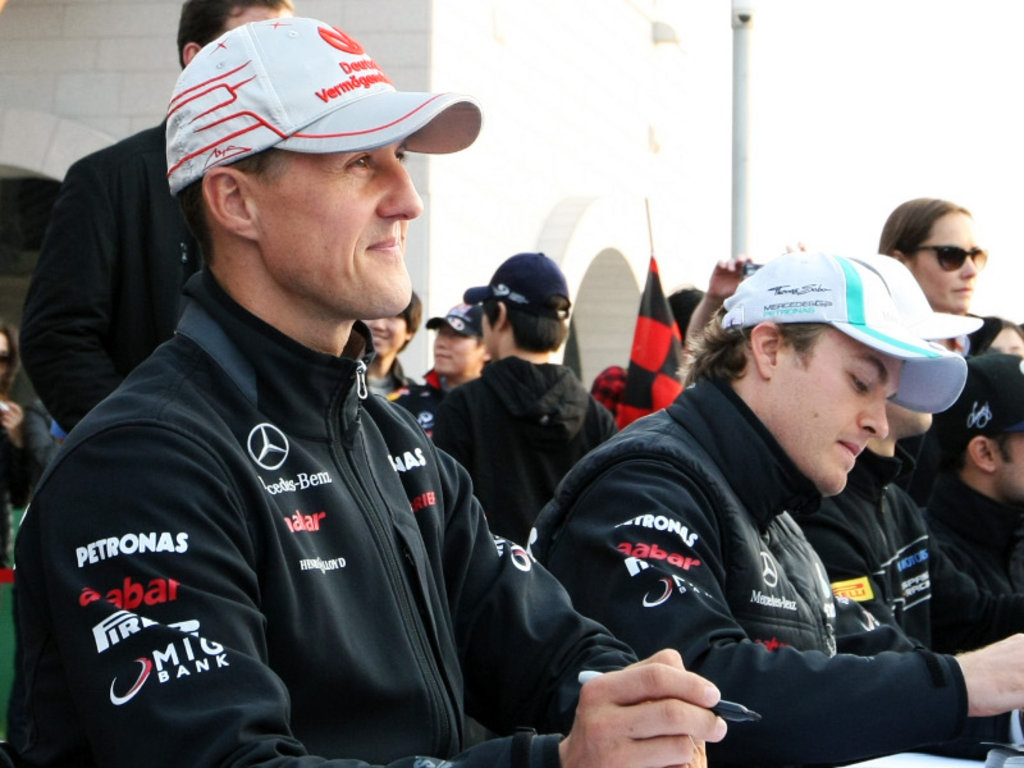 Norbert Haug insists Mercedes GP are “completely satisfied” with Michael Schumacher and Nico Rosberg, it’s just the car that has let them down…

Norbert Haug insists Mercedes GP are “completely satisfied” with Michael Schumacher and Nico Rosberg, it’s just the car that has let them down.

Despite entering F1 last season with high aspirations when they bought the Brawn GP team from Ross Brawn, Mercedes have to date failed to live up to their goals.

The team has yet to secure its first race victory, has not been involved in the title fight and, this season, they have not even achieved a podium finish.

However, Haug insists the problem is not the team’s driver line-up as he firmly believes that if Schumacher and Rosberg have a car capable of winning grands prix they will do just that.

“We are completely satisfied with them. Once we give our drivers a winning car, they will win with it,” the Mercedes motorsport boss told Eurosport Germany.

“They are team players and are getting the most out of our current technical package, have enthusiasm and work hard to prepare for a long and successful future.”

As for Schumacher, the 42-year-old may have taken a while to get up to speed upon his return to F1 last season. However, in the last five races, the only time his younger team-mate has beaten him on Sunday afternoons has been when Schumacher has retired.

“Michael is a motivator through and through,” Haug said of the seven-time World Champion.

“He has a plan like he had a goal at Ferrari. He fought for five years for his first title (with Ferrari) and has never fallen even if for some it may look like this after 91 Formula 1 victories and won seven World Championship titles.

“Michael has more bite than ever and remains one of the very best drivers in the field. And he still is the flagship for Formula One – and rightly so.”

As for Rosberg, Haug says it’s only a matter of time before the German claims his first F1 race win.

“I have no doubt that Nico will win if we give him the technical tools to do so.”

And Haug is confident that Mercedes GP are heading in the right direction to give their drivers the tools needs to win.

“We have learned a lot as a team and driven our construction as planned. Our direction is correct and we have the patience to make progress.

“Witchcraft and abbreviations are not there, and if there are critics here and there and the patience runs out, then we accept their view and also understand it: you want to see Mercedes-Benz, Michael Schumacher and Nico Rosberg win, and exactly what we want also.”