Home Uncategorized Heat on Merc to sort out tyre woes 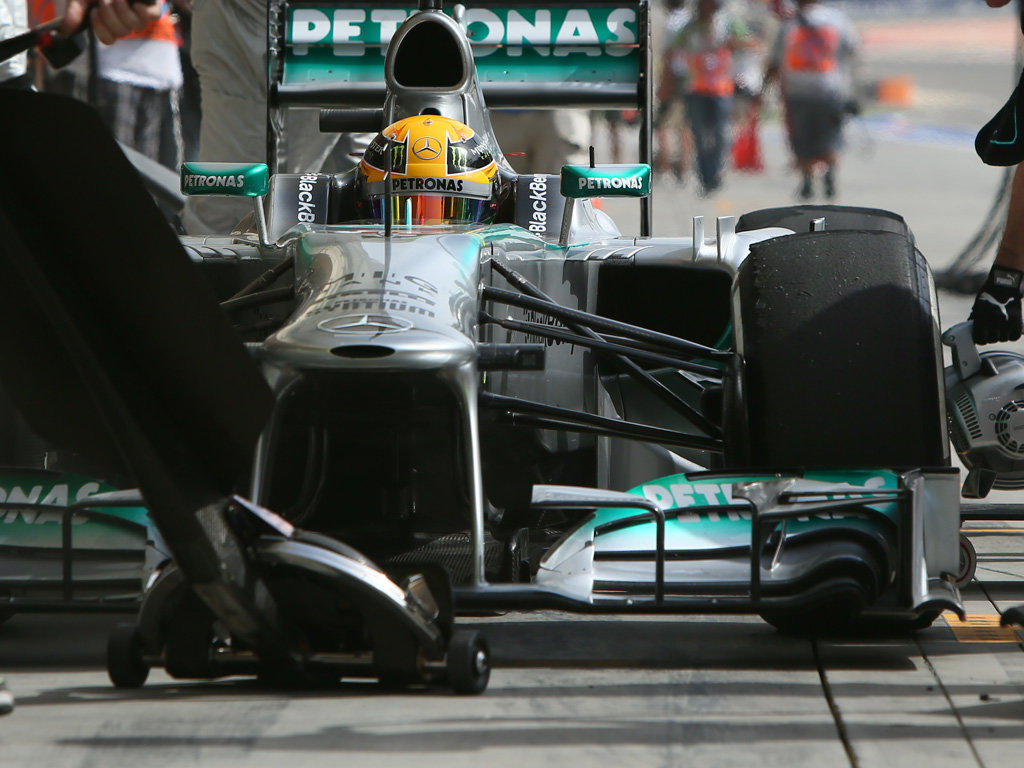 Lewis Hamilton and Ross Brawn admit Mercedes’ technical gurus are scratching their heads over their tyre wear in hot conditions.

Hamilton and team-mate Nico Rosberg have done well when track temperatures have been cooler, but they struggled in the heat in Bahrain on Sunday. Rosberg started on pole but he went backwards the whole afternoon and finished ninth while Hamilton claimed P5.

With track temperatures at Sakhir’s circuit going as high as 42 degrees, it was not really a surprise that the W04 didn’t challenge for a race victory as it has been an issue since 2012.

Hamilton, though, didn’t feel too disheartened as he believes the cooler conditions in Europe will suit their car.

“We got a lot of information from these first four races to know that going to a cooler Europe will be good for us,” he told Autosport. “It is good to get one of the most difficult races of the year out of the way in terms of heat, but there are a lot of areas that we need to improve on.

“To get fifth, two thirds and a fifth in the first four races, though, I could not be happier. When I decided to join the team I knew potentially it could be a lot worse than that.”

Team principal Brawn admits the high degradation of their rear tyres is making the lives of Hamilton and Rosberg very difficult.

“We struggled badly in the early part of the race when the track temperatures were at their highest,” Brawn told Sky Sports F1.

“This is an issue we have to address and we will continue working on solutions to improve our performance in this area.

“In the second-half of the race, as the track temperatures cooled somewhat, our pace was not bad – particularly with Lewis.

“Lewis and Nico did as good a job as possible with the car we had this afternoon but it was a case of damage limitation for both of them.”

He added: “We must make it a priority to cope better with elevated temperatures: the tyres are the same for everybody and we are not performing as well as our competitors in these conditions.”