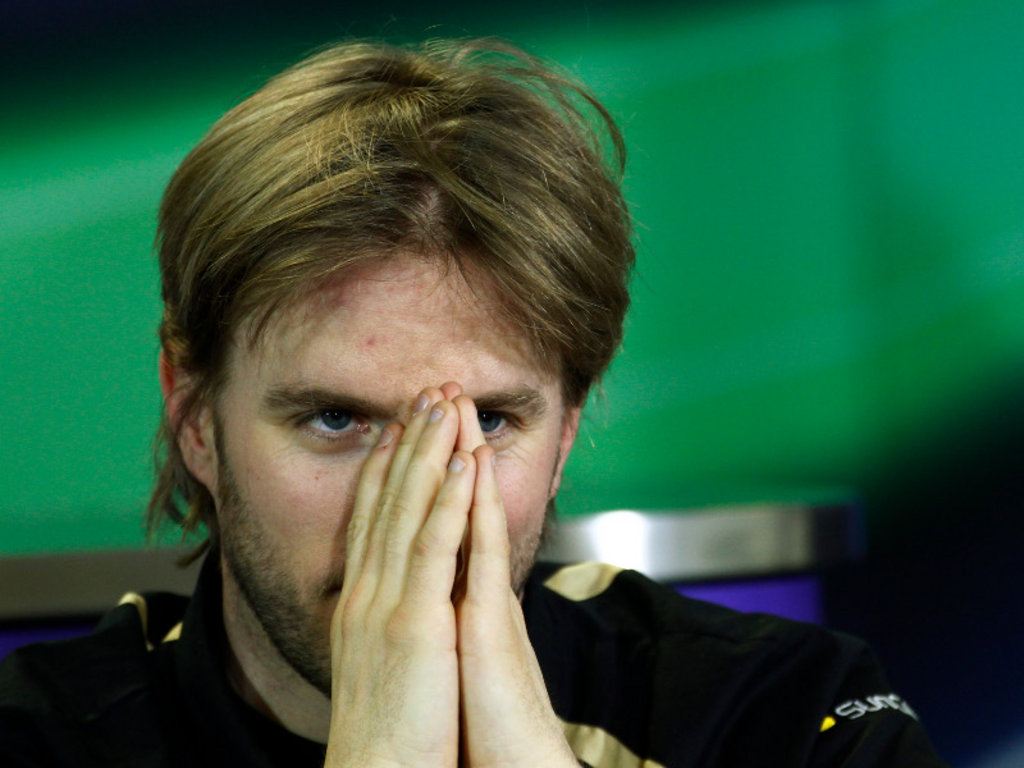 Despite his disappointing Renault debut, Nick Heidfeld insists the only pressure he is coming under is that which he puts on himself…

Despite his disappointing Renault debut, Nick Heidfeld insists the only pressure he is coming under is that which he puts on himself.

The German was called up by Lotus Renault GP to replace the injured Robert Kubica and after impressing in testing much was expected of him.

However, Heidfeld had a disappointing debut as he finished the Australian GP down in 12th place, a full lap behind race-winner Sebastian Vettel. His team-mate, Vitaly Petrov, was third.

Heidfeld, though, insists he’s not under pressure from his team bosses to up his game.

“There is always talk about pressure in F1, but I have been in F1 for so long,” he said. “I make pressure for myself yes, but I don’t really worry about anything else.

“The most important thing is that the car is quick. Vitaly was able to score a podium with a good race, not just being lucky, but having a good race and a good strategy.

“So on one side it makes it even more difficult to swallow that result – because you know what would be possible. But on the other side it is a huge motivation for the rest of the season and this weekend.

“Honestly I cannot wait to finally get started again. Unfortunately there were two weeks between the two races, as I would have liked to have had one week and get going again.”

As for Petrov’s flying start to the campaign, Heidfeld reckons the Russian’s podium finish is not the start of a title-run for the team

“I think Mercedes were a bit unhappy with their result, as they believe they have a bit more in the pocket, so let’s see if they unfold everything they have here.

“McLaren, I think, could have been even better, at least with Jenson if he did not have the drive-through.

“So they made a huge leap forward compared to testing, and it might be that there is the possibility for them to find more lap time rather quickly, because I think they went from a bad car to something that was quite good.

“And also Ferrari also find it difficult to predict if they will be better here or not, as I think they struggled a lot with tyres in Australia.”