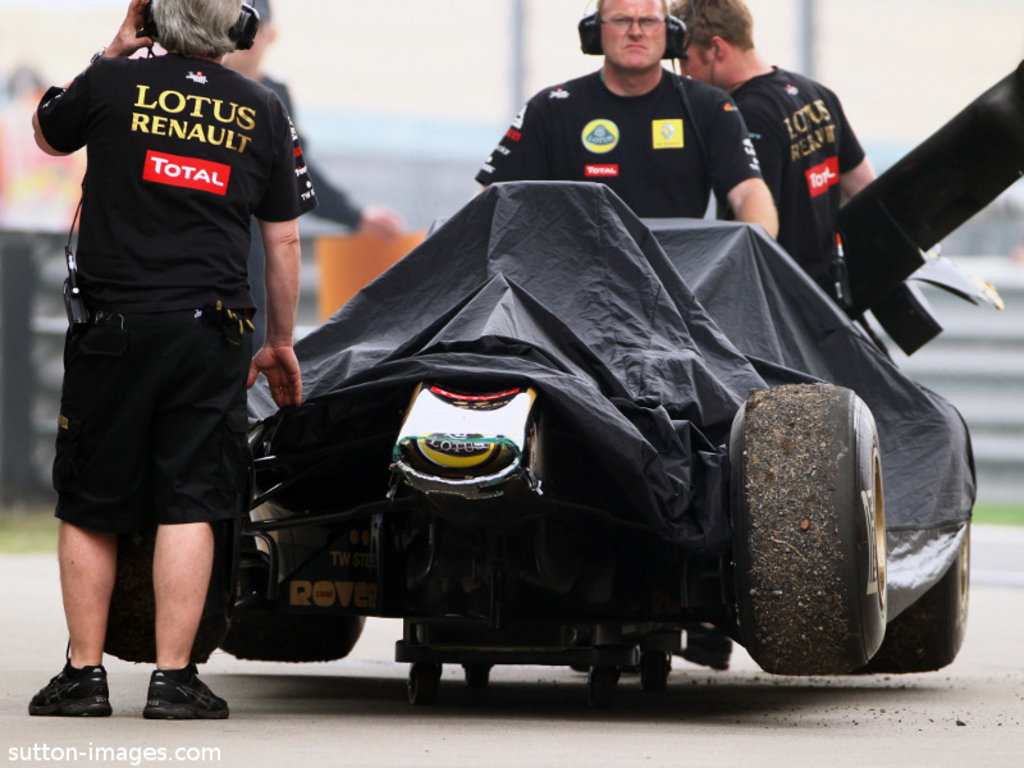 Nick Heidfeld concedes both his accidents in Shanghai on Friday were entirely his fault.

After finishing on the podium last Sunday in Malaysia, Heidfeld had high expectations for the Chinese GP.

However, his weekend got off to a bad start when he crashed his R31 during the morning’s session after spinning off the track.

The team replaced the front nose cone and Heidfeld was back in action for the afternoon session.

Practice Two, though, also resulted in repairs for his Lotus Renault mechanics – and again it was the nose of the car was damaged.

“Today obviously wasn’t what we wanted, after I spun off in the first session and then again in the second which were both my fault,” said the German.

“I hope it’s a good omen because in Malaysia we also didn’t have many laps on the Friday and then we had a good result. Given that I only had five laps in the first session, it was surprising how fast I was, we were both in the top 10.

“There’s still some more in the car but the gap is a bit bigger than we would have hoped for.

“As expected, we achieved quicker lap times when using the softs over the hards, and it was good that we managed to use both.”

Heidfeld was fifth fastest in Friday’s first session and eighth in the second.