Home Uncategorized Heidfeld: One was my fault, one wasn’t 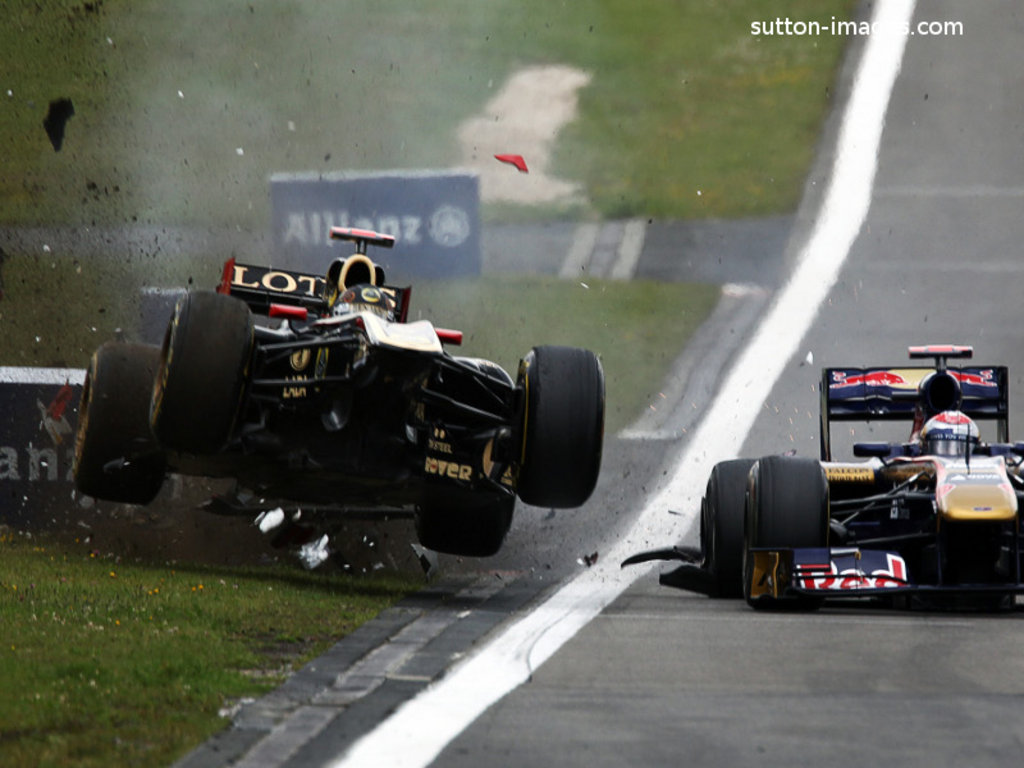 Nick Heidfeld’s crash-filled German GP ended with the Renault driver in the gravel and admitting that while he was responsible for one, he was “pushed” into the other.

Starting his home race 11th on the grid, it didn’t take long before Heidfeld was involved in his first incident.

The German clashed with Force India’s Paul di Resta on the opening lap and later admitted he was responsible.

“I was a bit sandwiched in the second corner, then on the third corner Paul was on the outside and a bit in front of me. I locked up the front wheels, I tried to avoid him, but just slid into him,” Heidfeld told the BBC.

The German was handed a drive-through penalty for the incident but as that notification came down so too did his second and last accident of the race.

Fighting back through the field, the German attempted to go around the outside of Sebastien Buemi. But there was no room and he was sent flying off the track and into retirement.

Heidfeld reckons in the accident was Buemi’s fault as the Toro Rosso driver moved over and pushed him off the track.

“I overtook a couple of cars and came up behind Buemi. He was blocking me which was fully okay on the left side, on the long straight before the chicane.

“But then I was next to him on the right and he just moved over, and there was nowhere to go. So he pushed me on to the grass and there was an accident, that couldn’t be avoided with what he did.”