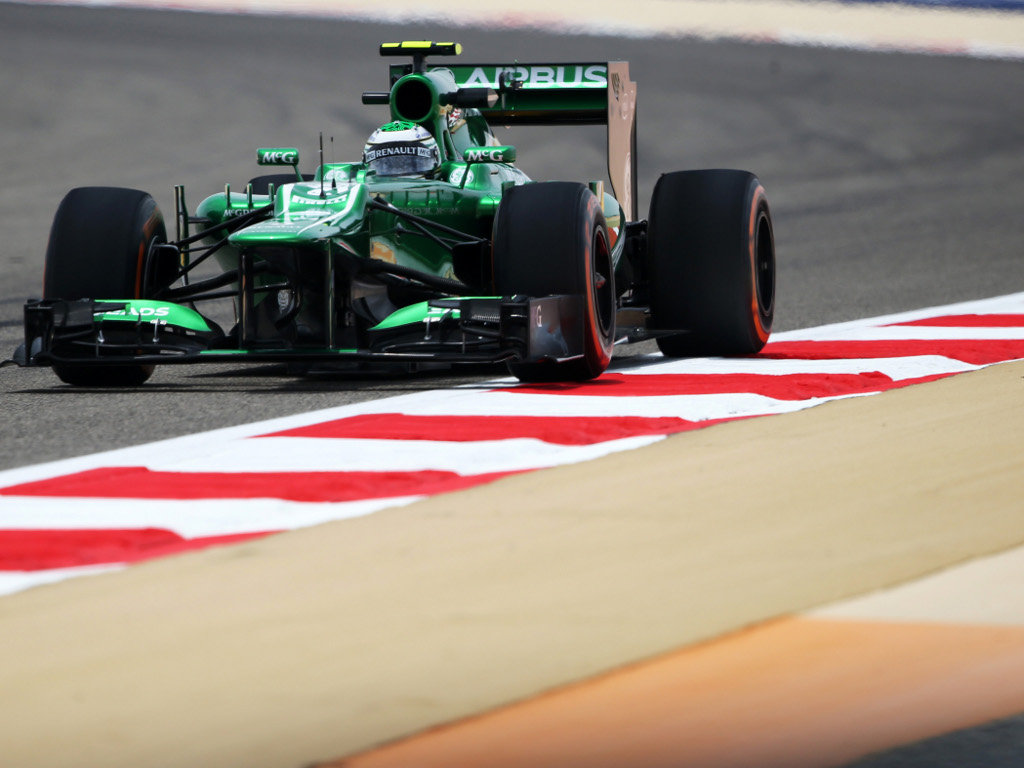 Heikki Kovalainen says Caterham need to improve the back end of their CT03 after driving the “unbalanced” car for the first time in FP1.

The Finn was called up by his former team to test during the opening practice session in Bahrain and again next month at Barcelona.

Putting in 20 laps of the Sakhir circuit, Kovalainen finished P20, 3.9s off the pace. The 31-year-old, though, was only 0.6s behind Charles Pic despite it being only his first outing in the car.

“I think it’s quite different to last year’s,” Kovalainen said.

“Fundamentally it’s the same, obviously tyres and set-up has changed. It’s quite a different feeling. If I was racing, I would start looking to make changes straight away to get it more how I think it should be.

“It’s more unbalanced than I experienced last year. It’s more difficult to nail a good lap. I think in qualifying, when the tyres are fresh, the car is a bit more average. But to a certain extent it’s not a surprise because of the way the car has been modified.

“In terms of the differences, there’s a direction. But with the tyres that we have now, I’m not convinced it’s the right way to go. Maybe we should reconsider the set-up direction.”

Kovalainen, though, believes Caterham can improve the car but admits it won’t be a quick fix.

“I think part of it is solvable with set-up, but when we improve the car and bring upgrades, there’s one area we really need to improve and that’s the back end of the car.”