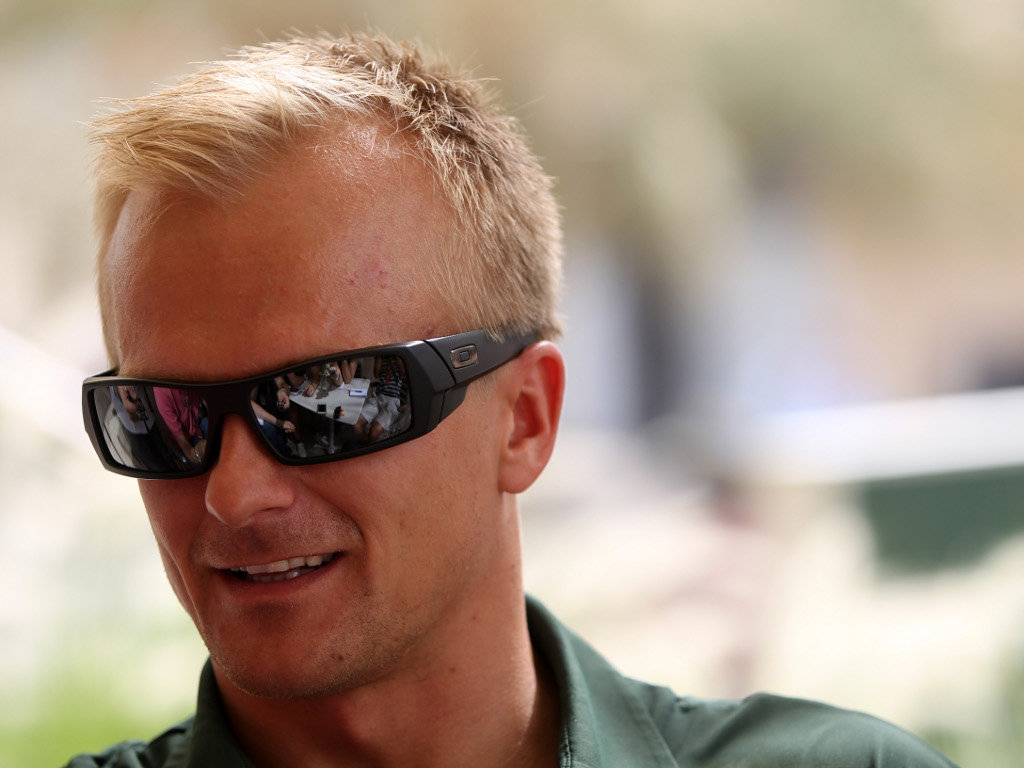 Heikki Kovalainen says he’s not out to secure a Caterham race-seat despite signing with the team for two Friday sessions.

With Caterham losing out to Marussia season and battling with a lack of experience in their line-up, the 31-year-old Finn was recalled earlier this week.

Kovalainen will be back in action for his former team in the first Friday practice in Bahrain this weekend and will follow that up with another run in Spain.

“I’m here to help the race drivers right now,” he said. “My role is different to what it was before.

“I’m working 100 percent now for the team, and I’ll give all I can to help the race drivers and help the team. Naturally if I’m pushing them, hopefully that makes them even quicker, that’s what you always what in a team.

“But I think the guys have done a good job already this year. The car is not easy to drive. The car is fundamentally the same as last year, and other teams have made new cars, and it’s fallen a little bit behind.

“It’s going to be a tough task the race drivers are facing this year. They haven’t made any big mistakes. Charles had a pretty good race in China, so that’s really good.”

Pressed by F1 journalist Adam Cooper as to whether he was angling for a return to Caterham or to replace another driver should a team opt to swap during this season, Kovalainen said: “Right now of course I work with Caterham, and I don’t really look at the moment anywhere else.

“Before that yes I was at least hoping to be in that position. But no one’s called me yet!”