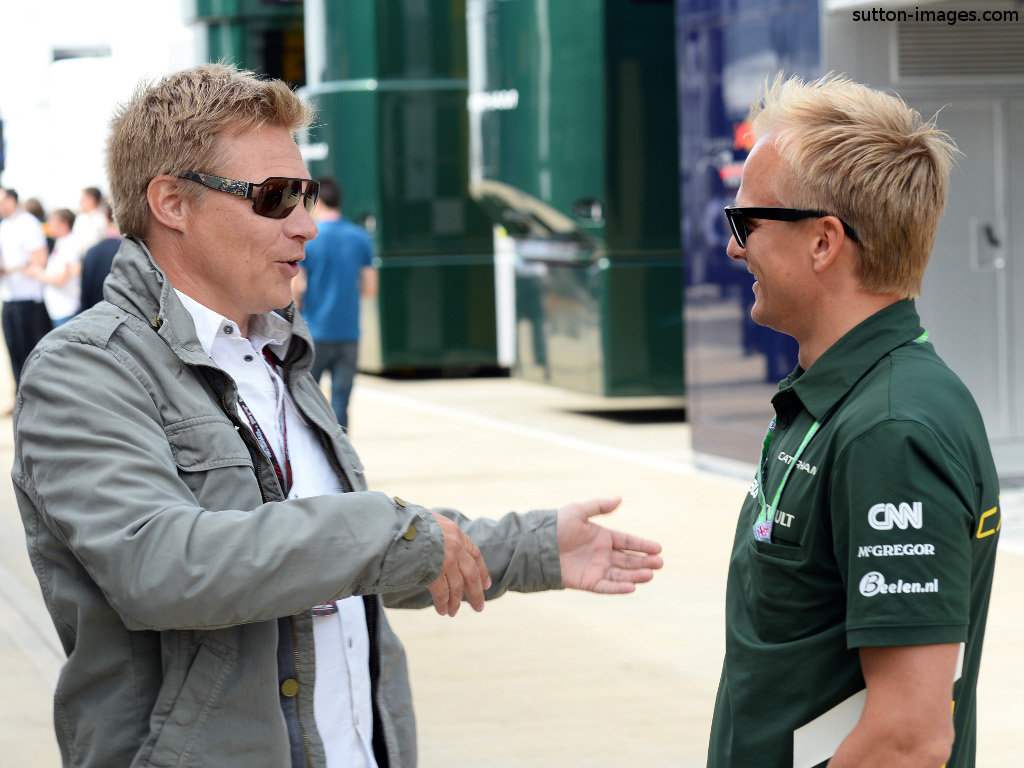 Former Formula One driver Mika Salo believes Heikki Kovalainen would be the ideal replacement for the Kimi Raikkonen for the last two grands prix of 2013.

Lotus are expected to hand its reserve driver Davide Valsecchi the seat for the races in the US and Brazil after Raikkonen ruled himself out, but Salo believes the more experienced Kovalainen would be a better choice.

“I have thought about this for a while and I think getting Heikki would be a smart idea,” Kovalainen, who lost his seat at Caterham at the end of last season, told Finnish broadcasters MTV3.

“Valsecchi will hardly be able to do anything on a completely new track to him, but Heikki has raced in Austin.

“Caterham also has a Renault engine. Heikki has been waiting for something like this, and if I was a team boss, I would take him rather than Valsecchi.

“That’s nothing against Valsecchi, but simply about Lotus needing to score points,” added Salo.

The other option open to Lotus is to confirm their driver line-up for next season ahead of schedule.

Nico Hulkenberg is rumoured to be the favourite to take Raikkonen’s seat, and Lotus might be able to convince the German to pull out of his contract after Sauber was late in paying him earlier this year.

However, Sauber has played down the rumours linking their lead driver with a move to the Enstone team before the end of the season.

“Nico will do the last two races for us, just as he did the other 17,” a Sauber spokesperson told Speed Week.

The other possibility is Pastor Maldonado, who was released from his contract with Williams recently.

“These include Nico Hulkenberg and Pastor Maldonado, and I won’t say anything about the other two.

“Don’t forget, Maldonado has won a grand prix. He doesn’t have to hide anything.

“We would not put someone in our car who has just got their driver’s licence, no matter their means.”