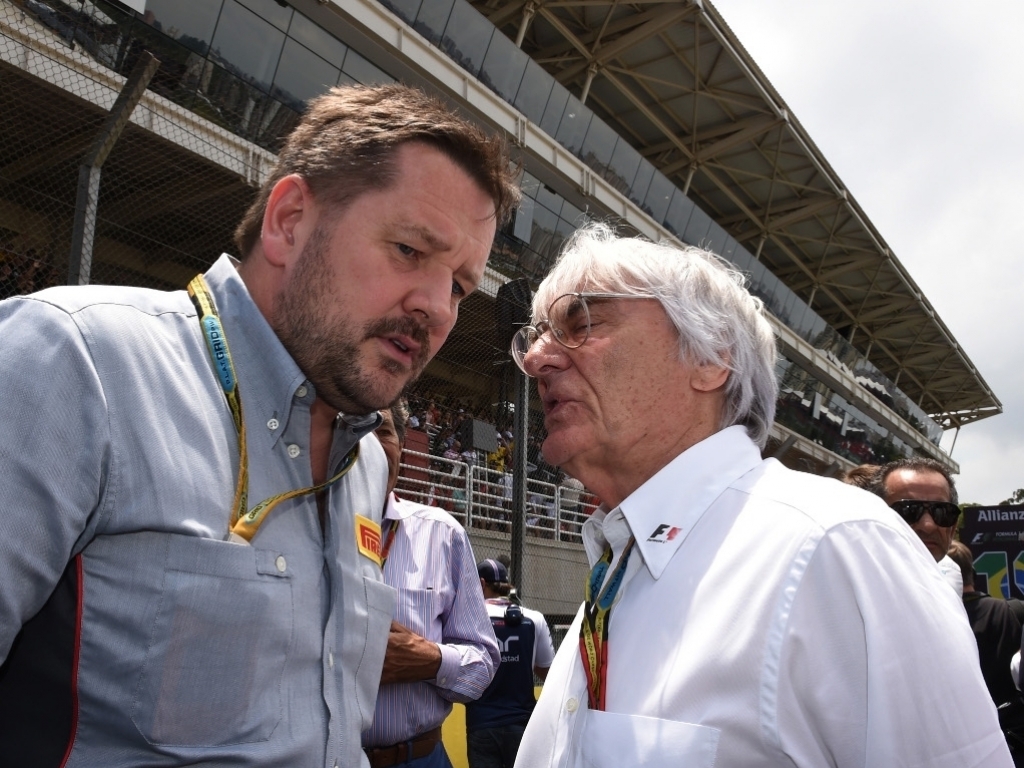 Paul Hembery has backed calls for a shake-up in F1, adamant fans want heroes and those can only emerge when it is the driver doing the work.

Although there is a lot of talk of late about a major revamp of Formula 1's regulations in time for the 2017 season, the Pirelli motorsport boss would like the technical side to be simplified and for a drivers to play a bigger role.

Using Lewis Hamilton's recent run of success as an example, he feels it is a "shame" that some, while applauding the Brit's victories, will also be thinking that it is in part down to the car.

"We have a sport which is very much dominated by technology. But I'd like to see the drivers positioned so that they are the kings, the stars who people are following and looking up to," he said in an interview with the Guardian newspaper.

"I'd like to see the drivers becoming the heroes. The fans want a hero. They want an iconic person to follow. And they want to know that when driver X is winning he's actually making a difference.

"When people sit in a bar and watch Lewis Hamilton win a race they think great, but they also think that five other drivers in that Mercedes car could have done the same job, and that is a shame."

The other shake-up Hembery would like to see is for teams and drivers to become more accessible.

Visiting the Las Vegas speedway in recent weeks, he cited NASCAR as a great example of this as not only is the sport open to the fans but drivers understand the role they play in the game.

"The garages at the back of the pits had glass windows, so the fans were looking into the garages, and they also had a window which slid open at the back of the garage and the stars were giving autographs. And this was an event that had 100,000 people, so people can't say more people go to F1."

He added: "In NASCAR the driver is the king. Even the guy at the bottom is a superstar with a multi-million dollar contract. I would love to see our drivers held in that esteem.

"In F1 the driver has to become an international superstar, like David Beckham. But we’ve got drivers who don’t understand why it’s crap to change a helmet every race, and moan and bitch about it.

"Everyone knows an iconic driver’s helmet, going back to Graham Hill and Ayrton Senna. It’s part of their identity, because fans can’t see them with their hats on. So it was a very good thing telling them to register a helmet design and keep with it."

As for changes to the race weekend's format, Friday night qualifying and a Saturday sprint race are high on Hembery's list.

"I thought qualifying on Friday night was a good idea, so you can actually win something, and the promoters have something to sell. And maybe a sprint race on the Saturday, an extra product, so Saturday fans actually see a result and podium places."

But whatever changes are made, he is adamant that a different approach is needed in order to attract more fans to the sport.

"The current business model is clearly not working for enough people. Change is needed and the current mechanism for change is very cumbersome and very slow. We’ve got too many people with different vested interests. Someone has got to put a marker in the ground and say this is it. We can't spend another year going round in circles trying to find the big compromise."