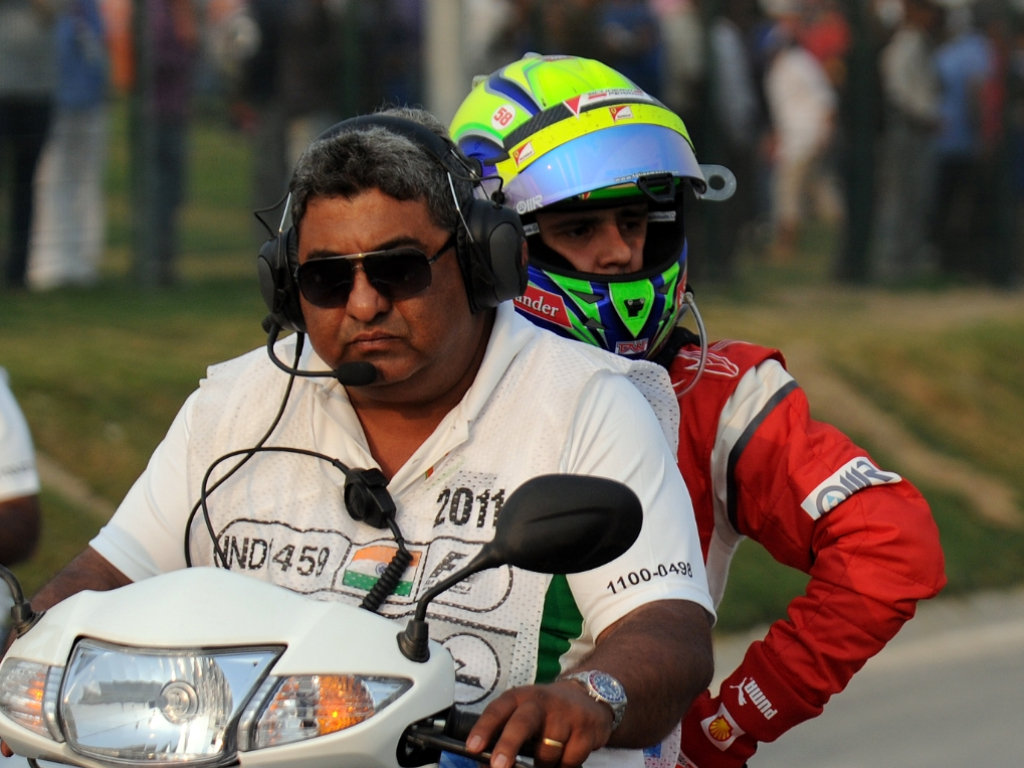 Johnny Herbert, who acted as the driver representative on the stewards’ panel in India, insists Felipe Massa was the guilty party during his run-in with Lewis Hamilton.

The Brazilian was slapped with a drive-through penalty after he made contact with the McLaren driver on Sunday. Massa was unhappy with the punishment after race while BBC F1 commentator felt Hamilton “was more to blame” for the collision.

Herbert, though, says the Ferrari driver he knew where Hamilton was.

“The decision to penalise Felipe Massa for his contact with Lewis Hamilton came down to one simple fact – it could have been avoided,” he wrote in his The National newspaper column.

“I know Massa was upset by our decision, but I believe we made the right call. After looking at it from different camera angles and studying all the data available to us, it was clear that Massa knew where Hamilton was before he chose to turn across him.

“There was nothing Hamilton could have done to avoid it. He did try to get out of the move, but it was too late and the contact was made.”

Hamilton was hit with a three-place grid penalty for ignoring yellow flags during Friday practice and Herbert revealed that the 26-year-old “held his hands up” when he appeared before the stewards.

“Hamilton was very upfront when he came to see us. He held his hands up and admitted that he had made a mistake,” he wrote.

“Double yellow flags are a serious thing – they indicate danger ahead on track and are a warning for drivers to slow down.

“Neither Hamilton or Sergio Perez did that. Safety is paramount in motorsport and double yellow flags must be respected – there could be marshals on the track dealing with the problem, and their work is dangerous enough without having cars fly past them at top speed.”