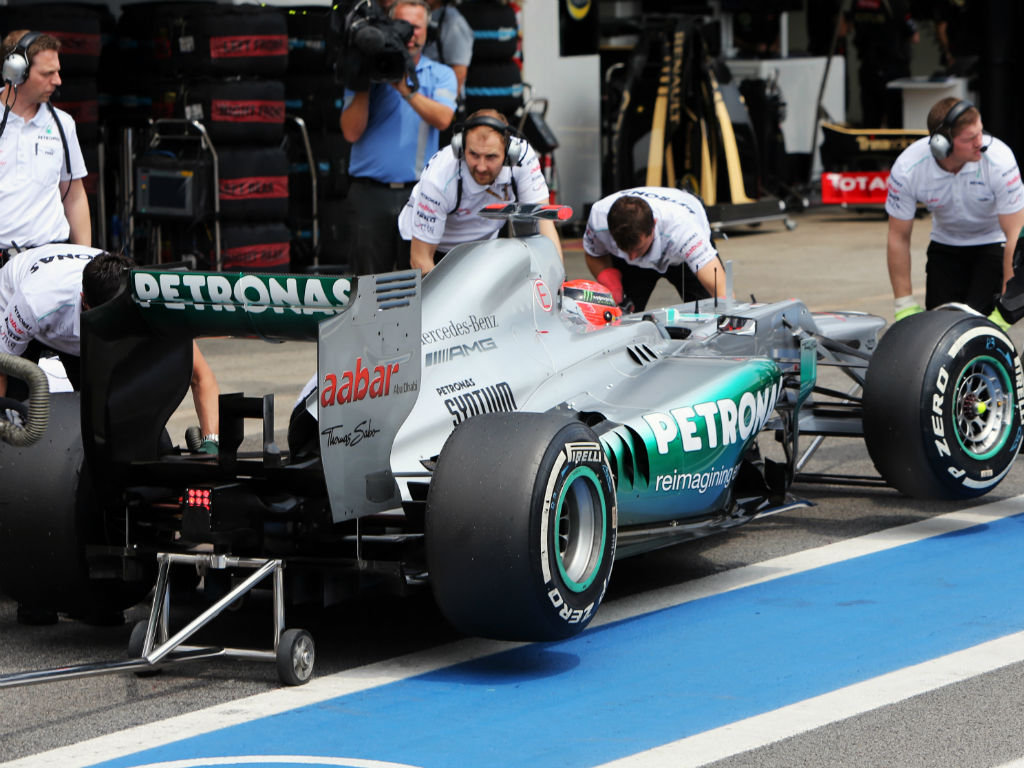 Johnny Herbert believes unless Mercedes can sort out their development woes then it is unlikely that they will challenge at the front this season.

The start of the 2012 season promised so much for Mercedes as Nico Rosberg won in China, but they ended up finishing a distant fifth in the Constructors’ Championship behind Red Bull, Ferrari, McLaren and Lotus.

The Brackley squad though are determined to improve this year and they have acquired the services of 2008 World Champion Lewis Hamilton from McLaren.

Hamilton and just about everyone else at Merc, though, are playing their chances of success down and Herbert also feels they won’t trouble the front-runners unless they come to grips with development during the season.

Asked by Crash.net if he expected any surprises in the year ahead, the former Formula One driver replied: “For sure it will be Ferrari, Red Bull and McLaren at the front and it is good for me to see Jenson Button getting the chance to lead McLaren this season.

“It is a very good opportunity for him to be able to lead the team into a second World Championship and there is potential for that to happen. On the other side, his team-mate from last year has left for Mercedes and Lewis is in a different situation.

“Yes he can lead the team, that is all well and good, but we haven’t seen a good Mercedes as yet. Development always seems to have been where they struggle and that is something that they will hope changes for 2013. Maybe the input in this year’s car from the team that Ross Brawn has put together in the past year or so will be the deciding factor in whether the car is a race winner.

“We know Lewis will get the best out of it and I think he’ll win a race or two, but he will want to win a World Championship. That is where we need to see if the core development team, the engineers and the designers, have been able to give him a car that will let him do that.”

Many pundits believe that Mercedes are hoping to challenge for the title next season when Formula One changes to turbo-charged 1.6-litre V6 engines.

However, Herbert warns that they will still need to build a solid car to be able to make the step up.

“People say that Mercedes will be in the best position for 2014 and they will have the best engine,” he said. “That may be so, but they need a good car as well as there is no point having the best engine in a bad car. That is something they have to work on and hopefully it will be something that Lewis can utilise.

“Hopefully he can win races [before then] and considering the season we had last year, he could even win a second title. It will be very close and we saw how competitive Red Bull, Ferrari and McLaren were last year but there is the potential for a mix-up, as the rules haven’t changed too much.

“That is a good thing as the grid will close up and it will be more difficult because it is so close and it will be tough for anyone to break away from the pack. If we can have a repeat of 2012, it would be an amazing thing to have again.”