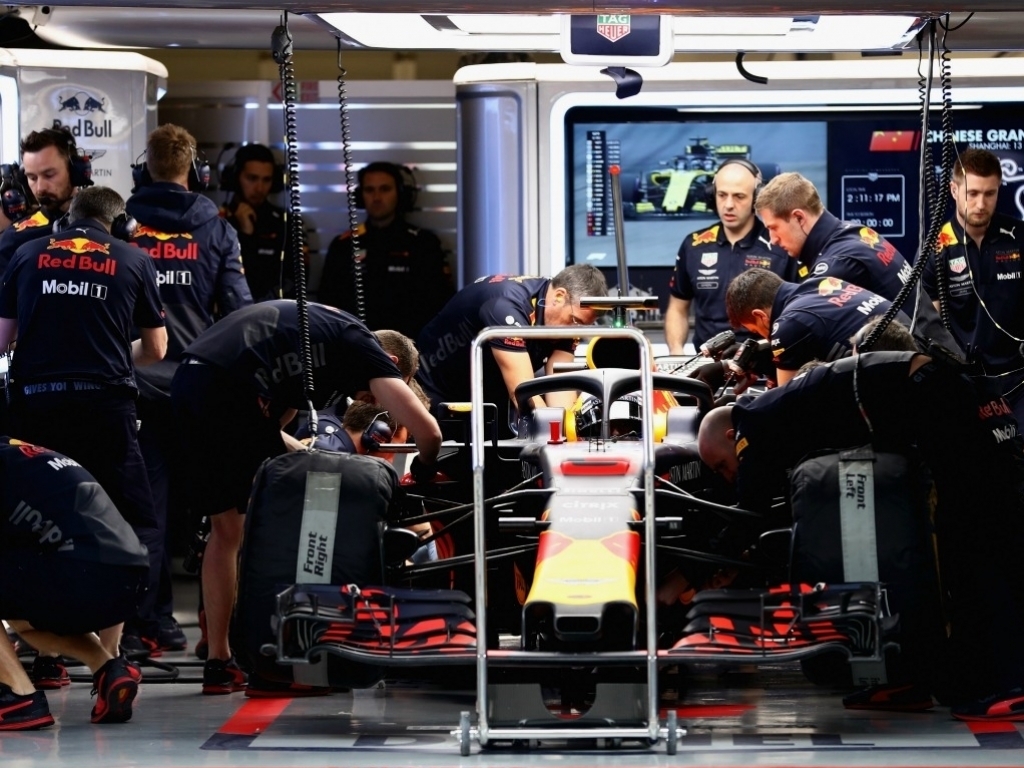 There was high praise from Christian Horner as Red Bull's mechanics fitted a new engine in ultra-quick time to get Daniel Ricciardo out of the garage for qualifying.

After a mechnical fault put an end to his race in Bahrain, Ricciardo suffered more engine woes when his Renault power unit went up in smoke in FP3.

It left Red Bull's mechanics with a little over two hours to fit a new one, a task which was made even harder due to Renault not supplying a new engine with all the parts fitted and ready to install.

Nevertheless, Ricciardo was able to get back out with just a couple of minutes to spare in Q1, before going on to qualify P6 for Sunday's race.

"What they have achieved today is miraculous, getting the engine turned around, dressed and onto the car. It was Herculean," Horner told Sky F1.

"Seeing Max's mechanics as well diving in when and where they could, that is what a team is all about.

"That was the biggest result of qualifying for us, actually achieving that feat.

"Fifth and sixth and we were pretty close to Mercedes. Ferrari have tremendous pace here this weekend. We will be starting the race on a different tyre and strategically that could be quite interesting."

Ricciardo also echoed Horner's praise and was thankful to the team.

"What happened this morning wasn’t the mechanics’ fault," Ricciardo said. "But they had all the pressure to put the new engine in the car in time.

"They did very well.

"I think they have broken their own record for an engine change several times and they did it again today."

It's a "very thankful" @DanielRicciardo after @RedBullRacing get him out in time for Q1 – and he ends up P6#ChineseGP #F1 pic.twitter.com/ds1kvpWwl8