Home Uncategorized Here it is, the Force India VJM11 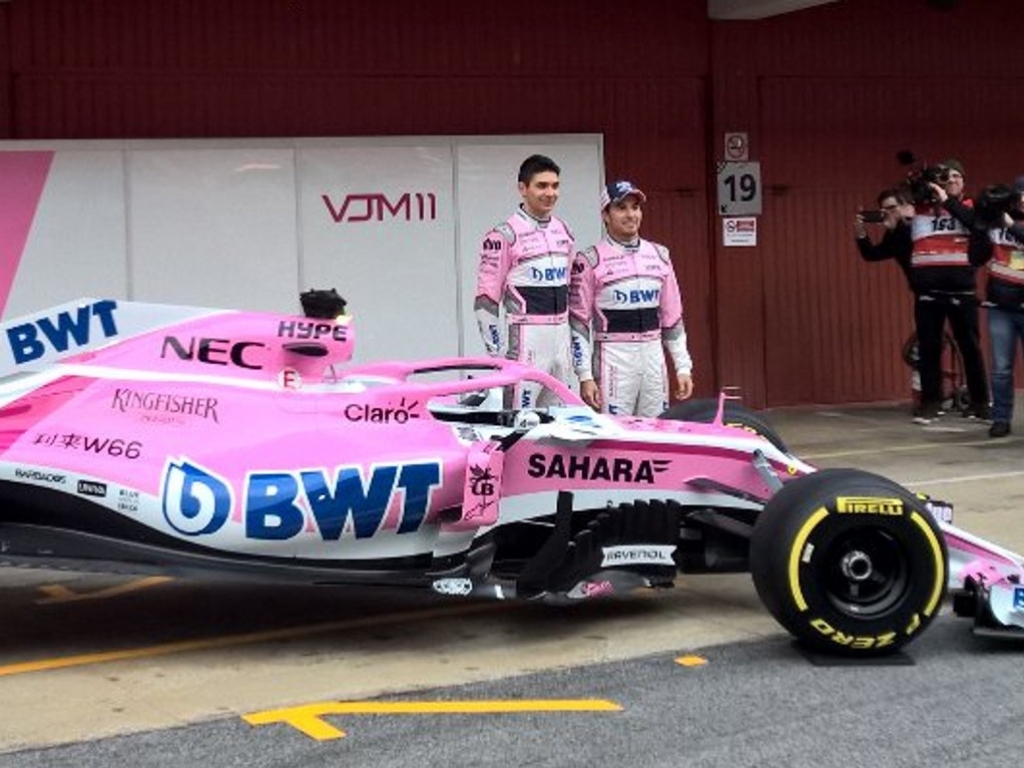 After much anticipation of a name change, Force India will remain Force India – at least for now – and have unveiled their VJM11.

Force India were the last team to reveal their 2018 Formula 1 car, introducing the VJM11 to the world in the Barcelona paddock moments before pre-season testing.

The big unveiling was expected to come with an announcement regarding a new name, however, that failed to materialise.

According to whispers in the paddock, it may come before the season begins – Force India just aren’t yet ready to reveal it.

As for the team’s 2018 car, which will be driven by Sergio Perez and Esteban Ocon, it is decked out in a pink livery in keeping with the team’s BWT sponsorship.

The shark fin is gone as per this year’s regulations while Force India’s Halo is very much a pink affair.

Development driver Nikita Mazepin will be at the wheel for the Mercedes-powered car’ on Monday.