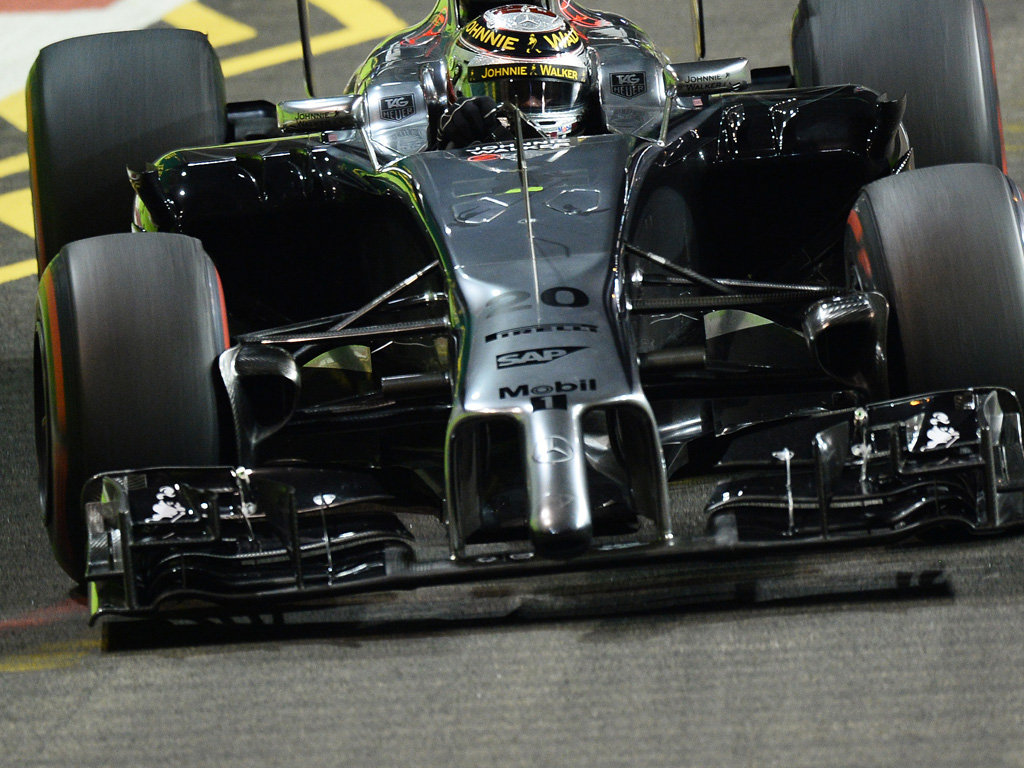 Kevin Magnussen says reports that he suffered burns during the Singapore GP are “a bit exaggerated”.

The McLaren driver finished Sunday’s race in 10th place, but he was forced to visit the medical centre after suffering from dehydration as his water was too hot to drink. The cockpit was also overheating forcing him to wave his hands in the air to cool it down.

Some reported that he also burned his backside, but the rookie played down the claims via Twitter.

BTW some newspapers say I had burns and had medical treatment for it. That’s a bit exaggerated, I was just hot and sweaty! 🙂 #notdead

McLaren Racing Director Eric Boullier had nothing but praise for the Dane after he finished inside the points.

“It was a heroic performance. He really gave it his all,” Boullier is quoted as saying by the Daily Mail.

“The afternoon was gruelling for him, there’s no other word. He was subjected to severe bodily discomfort as his car’s cockpit began to overheat.

“That necessitated his holding his arms aloft at one stage in an effort to direct cooling air down his sleeves and inside his race-suit, which was an unusually painful complication for him.

“In the end he was able to score a single point for the team. It was scant consolation, but it’s indicative of his tremendous fighting spirit, and I commend him for it.”