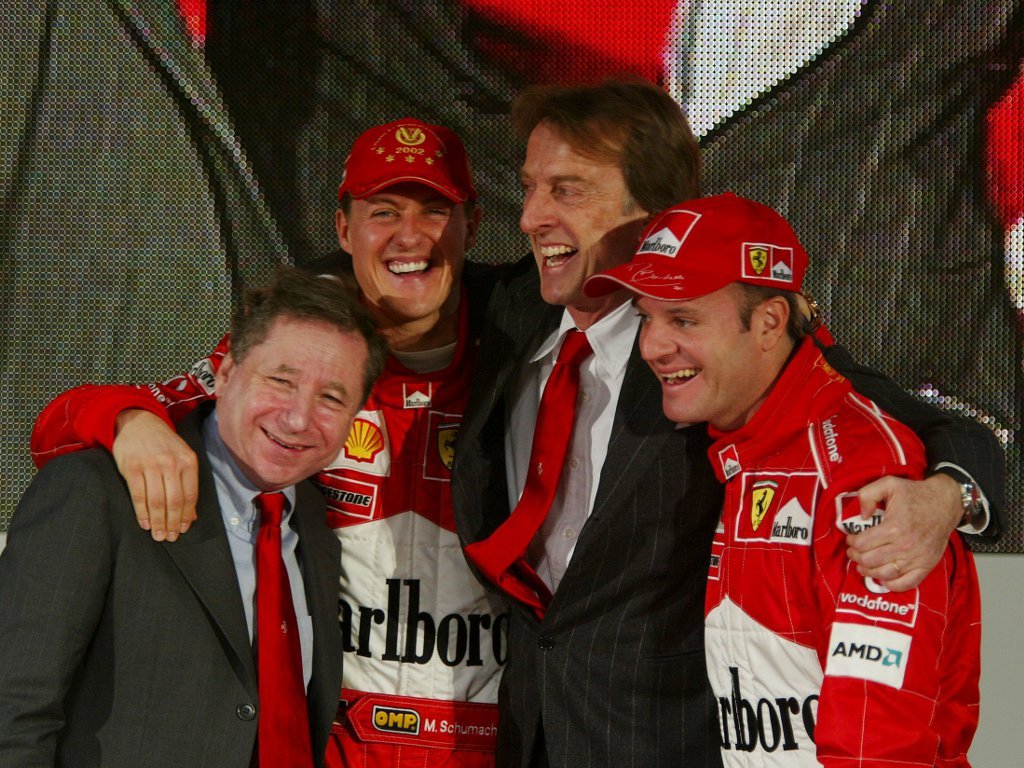 Luca di Montezemolo is Ferrari through and through, from spending time as Enzo Ferrari’s assistant in the 70s to assuming control of the legendary marque as chairman in 1991.

After completing his “apprenticeship” under Enzo, Di Montezemolo was appointed Ferrari team principal in 1974 and he immediately tasted success with Niki Lauda winning the 1975 World Championship, but he left for FIAT in 1977 before returning in 1991.

When he took over as chairman, Ferrari hadn’t won the Drivers’ Championship since 1979 while their last team triumph came in 1983 and success didn’t return immediately.

Here’s a look at some of the highlights during his tenure as Ferrari president.

Going non-Italian
– One of Di Montezemolo’s first masterstrokes was the signing of Jean Todt from Peugeot Talbot Sport in 1993 as general manager with the Frenchman becoming the first non-Italian to assume the position.

Signing of a champion
– The pieces fell into place after that with Di Montezemolo and Todt pulling the strings as they lured double World Champion Michael Schumacher from Benetton barely a few months after he won the second of his titles. Two other Benetton ‘old boys’ Rory Byrne and Ross Brawn followed as they took up the roles of designer and technical director respectively.

Winning silverware again
– Success didn’t come immediately with Ferrari having to wait until 1999 to win a Championship. They had waited 16 years, but the Scuderia finally managed to secure the Constructors’ Championship, and it was quite an achievement considering Schumacher missed five races after breaking his leg with Mika Salo stepping in and teaming up with Eddie Irvine.

Back to the top in 2000
– The 1999 Constructors’ title was just a taste of what was to come as Schumacher ended their drought for the Drivers’ Championship in 2000. And so the start of the Ferrari dominance began with Schumacher winning seven races to secure the team’s first Drivers’ title since Jody Scheckter in 1979. It was double delight as they also won the Constructors’ title with Rubens Barrichello contributing.

Make mine a quintuple
– And then the titles starting flowing with Schumacher adding another five Drivers’ crowns in a row, dominating from 2000 to 2004, while the team also won the Constructors’ titles from 1999-2004.

Post-Schumacher
– There were concerns that Ferrari would crash immediately after Schumacher retired in 2006, but they gained immediate success in 2007 with new signing Kimi Raikkonen winning their 15th Drivers’ title by the narrowest of margins as he finished one point ahead of Lewis Hamilton of McLaren. It was another double with Raikkonen teaming up with Felipe Massa to win the Constructors’.

Success for one last time
– Massa and Raikkonen teamed up for another Constructors’ title in 2008 winning eight races between them, but the Brazilian fell short one point in the Drivers’ standings to Hamilton.