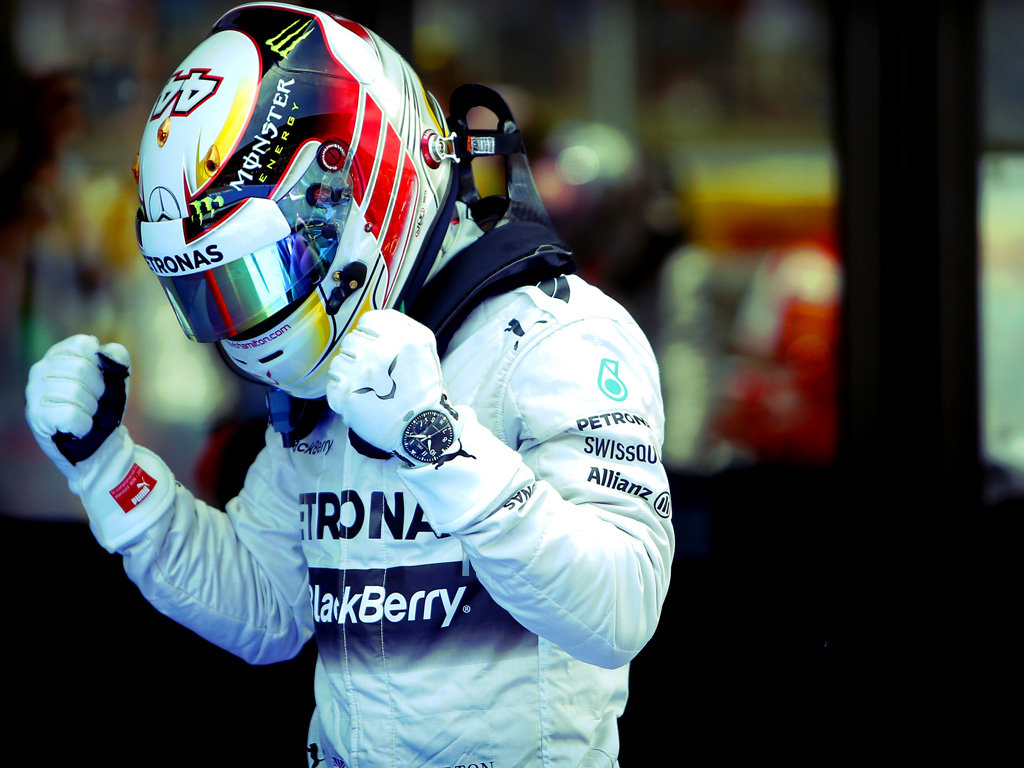 Damon Hill believes Lewis Hamilton has settled in Formula 1 having finally found “some sort of balance.”

Although the Mercedes driver won the Championship in 2008 with McLaren, many would argue that he has never been better than he has been at the start of this season.

Claiming four successive race victories after a DNF in Australia, Hamilton is leading the Championship on 100 points, three ahead of team-mate Nico Rosberg.

His victory last Sunday in Spain was the first time Hamilton had won four in a row and saw him emerge as the favourite for this year’s title.

Asked for his thoughts on Hamilton’s run, 1996 Champion Hill put it down to not only experience but also a sense of balance that the 29-year-old has managed to achieve.

“He’s definitely matured,” he told Press Association Sport. “Not only has he matured, he’s found himself some sort of balance.

“It’s not easy when you’re young to come into Formula One. It’s a very extreme environment in all sorts of ways such as the travel, the people you meet, the pressures, the press, all those things.

“It takes a while for a driver to settle into those responsibilities. After a bit they become accustomed to it and become better able to deal with the situation.”

He added: “He’s got extraordinary talent and he’s happy. He seems to be very comfortable now.

“He took a big risk by moving from his ‘home’ at McLaren to Mercedes, a team where lots of people were saying ‘ooh it’s a big risk’. But he’s looked at that, made the decision on his own, using his own assessment of the situation and, all credit to him, he’s now in the pound seats and he’s making the most of his opportunity.

“It might not be so good for all of the other teams in Formula One, because Mercedes look like they are cleaning up, but he still has to fight Nico Rosberg for the Championship. But he looks very strong.”