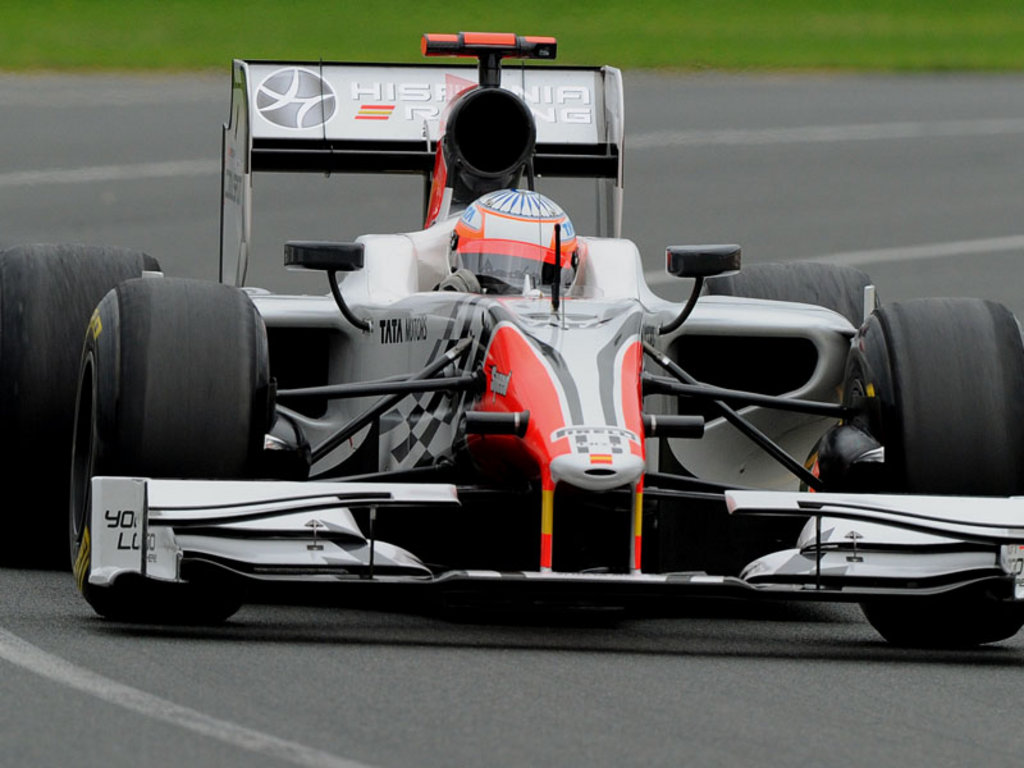 Hispania eagerly look ahead to their home grand prix on a track that both drivers know well.

Colin Kolles: Personally, I love being in Spain which is a very friendly country with fantastic food. It’s very nice to be in Barcelona where our cars will be racing at home. The Spanish Grand Prix is the perfect setting for the team to show the fans what we’re capable of and we hope to make the next step forward in front of the home crowd.

Even though traditionally there isn’t much overtaking in Montmelo, with the DRS I expect to see a lot of it just like in the last few races. Hispania Racing will take the next step in terms of updates in Barcelona which will hopefully further reduce the gap.

Narain Karthikeyan: The Spanish Grand Prix is a home grand prix for the team so undoubtedly this will be a special race. Last time I raced here, in 2005, I really enjoyed the track and the atmosphere, this time round with the Hispania Racing fans in the crowd cheering us on it will be even more special. It would be a huge boost to our fans if we were to do well in Barcelona, I am hopeful that the new updates on the car will take us the next step in a positive direction. The support from the fans is nice but we still need to work as hard as ever to have a good weekend, there are no shortcuts to that.

I’ve done many laps here over the past few years, especially in pre-season testing this year where we drove mostly in wet conditions with the 2010 car, so I know the track very well. It’s one of my favourite circuits as it’s quite technical and very challenging for both car and driver. The engineers have a lot of experience at this circuit so they will be able to start us off with a good baseline setup but we still have a lot of work to do to get the ideal setup for the new F111 car. Even though there haven’t been many overtaking opportunities at Montmelo in the past, with the long front straight, I’m sure that the DRS will produce a lot of overtaking moves just as it has done in the last couple of races.

We’ve still got a long way to go in terms of extracting the maximum performance from our car, but we’ve been learning and improving every weekend since Australia. It’s hard to quantify the gain in performance we will achieve with the new updates but hopefully it will take us past our nearest competitors on the track. I think the progress has been quite steady, we’ve been improving every weekend and I’m hoping that the trend continues in Barcelona.

Vitantonio Liuzzi: It’s great to race in a home grand prix because the support from the crowd gives you a real boost, it’s a great feeling to see people who appreciate your job. I also have good memories from this circuit from when I won in F3000 in the year 2004. The Circuit de Catalunya is a great facility. DRS has changed the face of racing with overtaking being much easier now so we’ll probably see an exciting race this year.

The Spanish Grand Prix is the best opportunity to show the world and the fans that Hispania Racing is putting a lot of effort into the team, now and for the future, and is on the right path for success. Barcelona is also an important race because we’re at a stage in the Championship where you start to see the real pace of all the teams as pretty much everyone has some upgrades and you can judge better everyone’s pace.

Unfortunately, we weren’t able to test as much as we wanted here in winter that’s why every race is a great test for us. We have to focus on all parts of the car as if it were a test because of the time lost in winter.

If we’re able to get all the updates we were planning then I think we’ll make a big step forward and might even impress quite a few people. Everything is going in the right direction, if we keep progressing and working as the team has until now then I’m sure we’ll have a bright future.