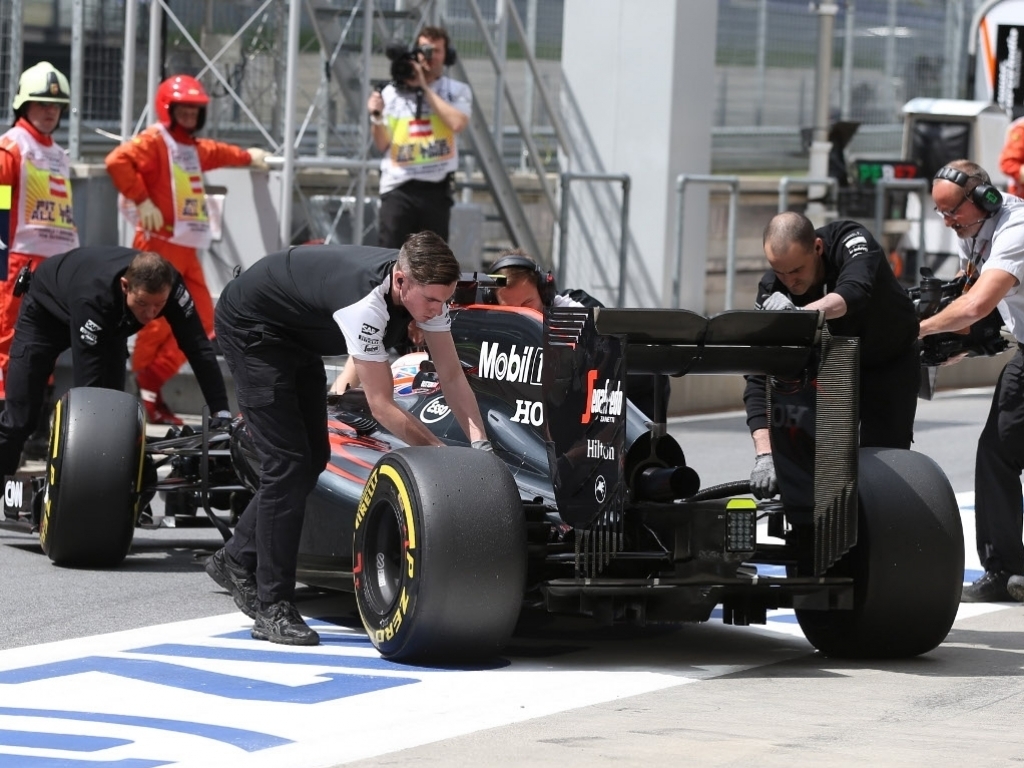 McLaren may still be struggling at the wrong end of the grid, but Honda motorsport chief Yasuhisa Arai says his company's engine output is ahead of that of Renault.

The Japanese manufacturer has admitted that their return to F1 has been a lot more difficult than they anticipated and they "failed to meet expectations" as Fernando Alonso and Jenson Button have scored just 17 points between them in the first 11 races.

In an attempt to move forward, Honda used more of their in-season development tokens at the Belgian GP last time out and, although they didn't see the results on track following double engine changes for both drivers, the company believes they are now ahead of Renault in terms of horsepower, but about 30hp behind Ferrari.

Arai told Autosport: "We haven't caught up to Ferrari yet in terms of the ICE [internal combustion engine]."

Renault is currently powering Red Bull and Toro Rosso and the former have already secured two podiums this campaign while STR have scored 35 points.

Arai added: "40-50[hp] behind Mercedes but about 25 ahead of Renault. Our engine is a little bit behind Ferrari but much better than the Renault team. Mercedes are still so far away.

"But I have confidence that the second half of the season, we will try hard to catch the top two teams.

"It may be that it will be difficult to catch the top teams as they have good reliability and good combustion characteristics.

"But I want to be close to the top teams by the end of the season."

Meanwhile, Fernando Alonso is confident the team will turn things around from Singapore while 2016 will also be "completely different".

"The starting point was maybe too low and not mature enough, but I think we are getting there and Spa and probably Monza will not show much of the progress, but Hungary showed we were more or less in the top ten in all the sessions and hopefully we can see more of the same in Singapore and the next races.

"For future races and next year things will look completely different."