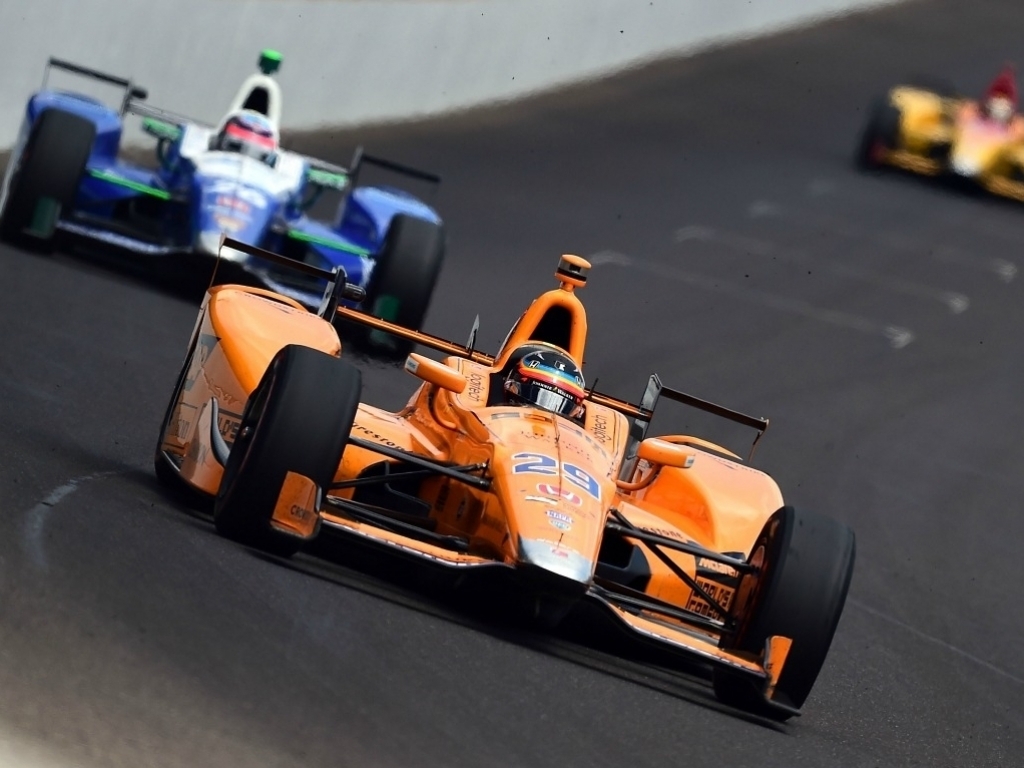 Fernando Alonso was forced to retire from the Indianapolis 500 with just 21 laps to go as his Honda engine went up in smoke.

The Spaniard was hoping to escape the reliability issues by missing the Monaco Grand Prix and trying to claim the second jewel in the coveted Triple Crown.

But those Honda problems would come back to haunt him as smoke emerged from the rear of his car on Lap 179 to bring an end to a hugely impressive first outing at the Brickyard where he was running P8 before having to come to a grinding halt.

Alonso started tentatively as the green flag waved for the first time at 101st edition of the Indianapolis 500.

After qualifying in P5, the middle spot on the second row, Alonso dropped down four places to ninth as he tried to get into an early rhythm. 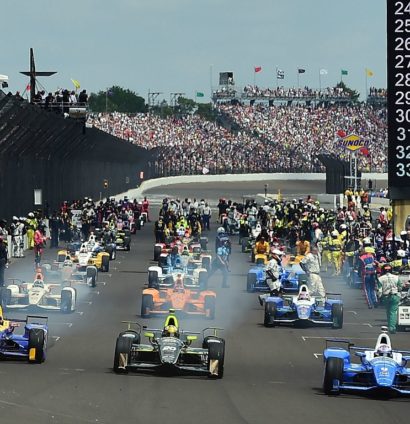 Alonso would soon get up to speed, though, passing Takuma Sato – a nice throwback to Formula 1 in the mid-2000s – to begin his climb back up the leaderboard.

The Spaniard then glided past Will Power on Lap 9 and, 12 laps later, he found himself up to P6 after overtaking Marco Andretti.

Alonso’s confidence was building quickly; he shot around JR Hildebrand on the outside of Turn One and picked off pole-sitter Scott Dixon on the main straight to rise to P4 on Lap 28 of 200.

He then took his first pit-stop, which took a squeaky-clean 8.2 seconds to see him back into P5 on track.

Alonso then sent the Formula 1 community wild after he took the race lead for the first time, passing Alexander Rossi and Ed Carpenter to take top spot.

Team-mate Rossi would then re-take the lead by Lap 40, as he and Alonso tried to get into each other’s slipstream and build a lead over the rest of the field.

Suddenly, the race was red-flagged as Jay Howard and Scott Dixon came together in a huge, frightening crash on Lap 56.

Remarkably, both drivers emerged from the incident unscathed, but an 18-minute stoppage essentially saw the reset button pressed on the iconic race.

The race restarted under caution with Alonso still in the lead, but he would soon drop back down to P4 again as Sato, Rossi and Ryan Hunter-Reay all flew past. 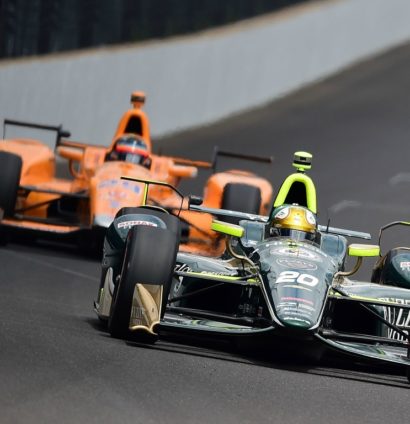 Lap 65 then brought another crash as Conor Daly lost control after touching wheels with Charlie Kimball on the outside of Turn 3. British driver Jack Harvey also retired after he came to a stop on the grass.

12 laps later, the green flag was waving once again with Hunter-Reay taking the race lead, but some loose debris four laps later would see the quick return of the yellow caution flags.

The race restarted once again with ex-Formula 1 driver Max Chilton briefly hitting the front of the pack and Alonso dropping to P6.

The duo would then go on to wrestle for third place by Lap 93 as Chilton refused to give an inch to the two-time World Champion.

Alonso would eventually find a way past, though, and at the halfway stage would find himself well in the mix in P4.

A sloppy pit-stop by Lap 114 set Alonso back a little as Hunter-Reay suddenly opened up a 3.5 second lead out in front.

But, Alonso wrestled his way back to P2 as the yellow flags came back out again after Buddy Lazier oversteered and hit the wall.

With 70 laps to go, a stop-start affair ensued but Alonso did find enough time to re-take the race lead.

Then, on Lap 137, one of his closest rivals, Hunter-Reay, suffered a problem that Alonso would have been very familiar with: a blown Honda engine to end his race.

The retirement saw the yellow flags wave for a sixth time at the Brickyard, but with Alonso still in the lead with 60 laps to go.

He would then take the opportunity to come into pits and re-emerge in ninth position as debris from Carpenter’s front wing prompted yet another yellow flag soon after.

By Lap 148, the green flag would wave once again with American Kimball leading in front of Britain’s Chilton, with Alonso down in P12.

As Chilton hit the front again by Lap 155, Alonso was gradually weaving his way through the field and collected a handful places to P9.

Kimball would then suffer the same fate as Hunter-Reay with a blown engine on Lap 164, prompting Alonso to pit again for fresh tyres.

With 26 laps to go and the overtakes becoming more aggressive, Alonso grabbed P8 and then went on the outside of Turn 1 to snatch another spot from Tony Kanaan moments later.

But then, disaster struck. Alonso’s Honda engine would then blow as well, bring his first Indianpolis 500 to a premature, gut-wrenching end.

Eventual winner Sato was just ahead of Alonso when the engine went up in smoke, suggesting Alonso had a brilliant chance himself to claim victory before his incredibly unfortunate ending.