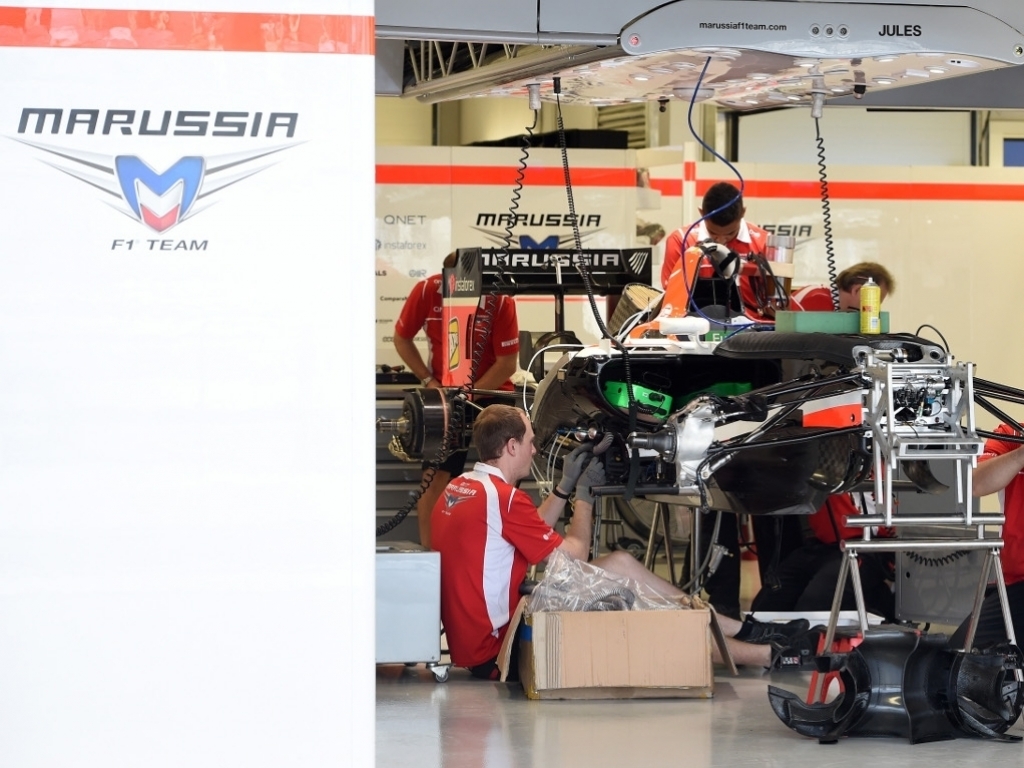 Marussia may still enter the 2015 Formula One season after the scheduled auction of various cars and equipment was postponed on Monday in order to allow talks with a potential new investor.

Their 2014 Championship cars, spares and various pieces of race equipment was scheduled to be auctioned on Wednesday, 21 January, but administrators FRP Advisory confirmed that it had "halted to allow for discussions to continue with a third party".

"Given the confidential nature of the negotiations under way we are unable to provide further details," a statement added.

According to former Team Principal John Booth, a deal may be reached before the start of the new season on March 15.

Booth told the BBS that talks were "at a fairly advanced stage with a new investor, a credible investor."

"Postponing the auction gives us a bit more time to explore it."

Whilst Marussia went into administration in October last year and ceased trading the next month as their staff were made redundant, the Banbury squad still has entry to the 2015 championship as Manor Grand Prix.

They would need their 2014 cars in order to compete and Booth believes it would be "fairly straightforward" to have them ready for the season opener in Melbourne.

Should a deal be agreed with the investor, Marussia still has to foot the bill of approximately $15-million to Ferrari for the use of power units, as well as funds owed to more than 200 other creditors.