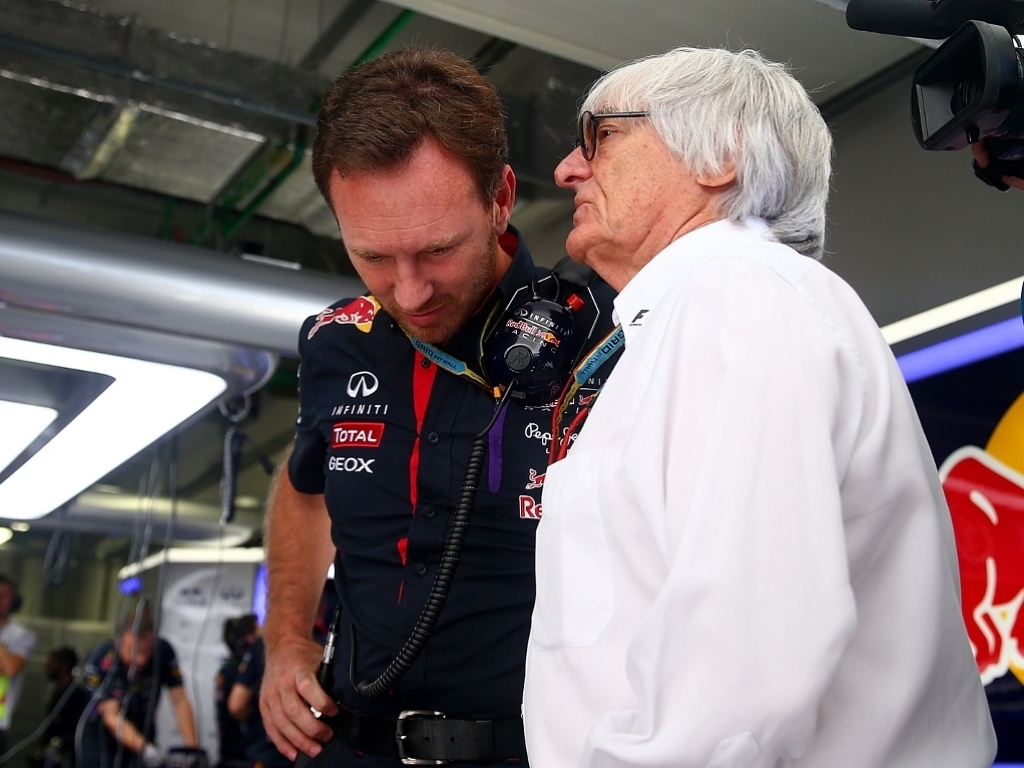 With the expected sale of Formula 1 to Liberty Media for £6.4billion, Christian Horner is hopeful that current boss, Bernie Ecclestone, will remain as the chief of the sport.

Following the announcement that current stakeholders CVC Capital Partners have accepted an offer from the American company, Ecclestone’s role in Formula 1 has been under speculation, with many saying that his job is now under threat.

However, Horner has revealed that he doesn’t believe that is the case, and that he hopes the 85-year-old will continue in his duties next season.

“There is obviously a lot of speculation going on. I sincerely hope it is not Bernie’s last race and I don’t believe it will be,” he told Channel 4.

“We will all wait and see what the news is over the next couple of weeks regarding the ownership of Formula One, and if there is any change or redistribution.

“It is obvious there are discussions going on, but until something is signed and finalised everything is pure conjecture to that point.”

Horner’s colleague and Mercedes boss Toto Wolff also commented on the matter, saying that Ecclestone is the reason the sport is as big as it is today.

“Bernie has done an awesome job, and made Formula One what it is,” he added.

“He has built an empire, and we are all benefiting from that empire.

“It generates millions of live views and full race tracks, like we had today, and one and a half billion dollars in profit every year.”