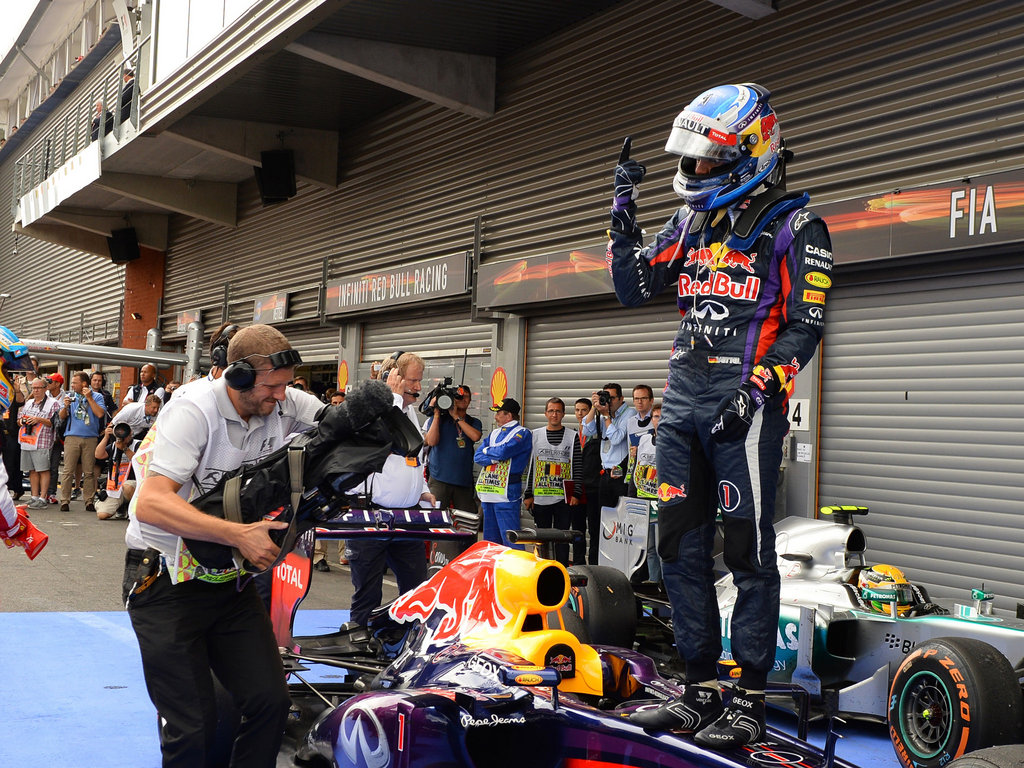 Christian Horner insists Red Bull are not banking on a fourth title for Sebastian Vettel as there is still a long way to go in the Championship.

The German extended his advantage at the top of the Drivers’ Championship to 46 points over Fernando Alonso when he took the chequered flag last time out at Spa.

And although F1 personalities, such as triple World Champ Niki Lauda, reckon no one can stop Vettel from taking his fourth title, Horner is bit more cautious.

“I think his confidence is obviously high, he’s driving extremely well,” said the Red Bull boss. “He’s put in a faultless performance [at Spa] but things can change very quickly.

“We saw that last year – he managed to turn it round on Fernando – that things can change very quickly.

“So there’s still a long way to go, a lot of racing still to be done, and our approach is just to take it one race at a time and try to get the best out of each weekend we possibly can.”

Horner went on to highlight how easy it could be for the situation in the Championship to change with a DNF or two while Vettel’s main rivals take the 25.

“Fernando managed to do it last year so nothing’s impossible! 25 points for a victory, a couple of DNFs and somebody puts a run together and you can be on the back foot again.

“We’ve got ourselves in to a strong position but our focus is very much on moving on from Spa to Monza and then from there on to the international races, so we’ll just take it one race at a time.”