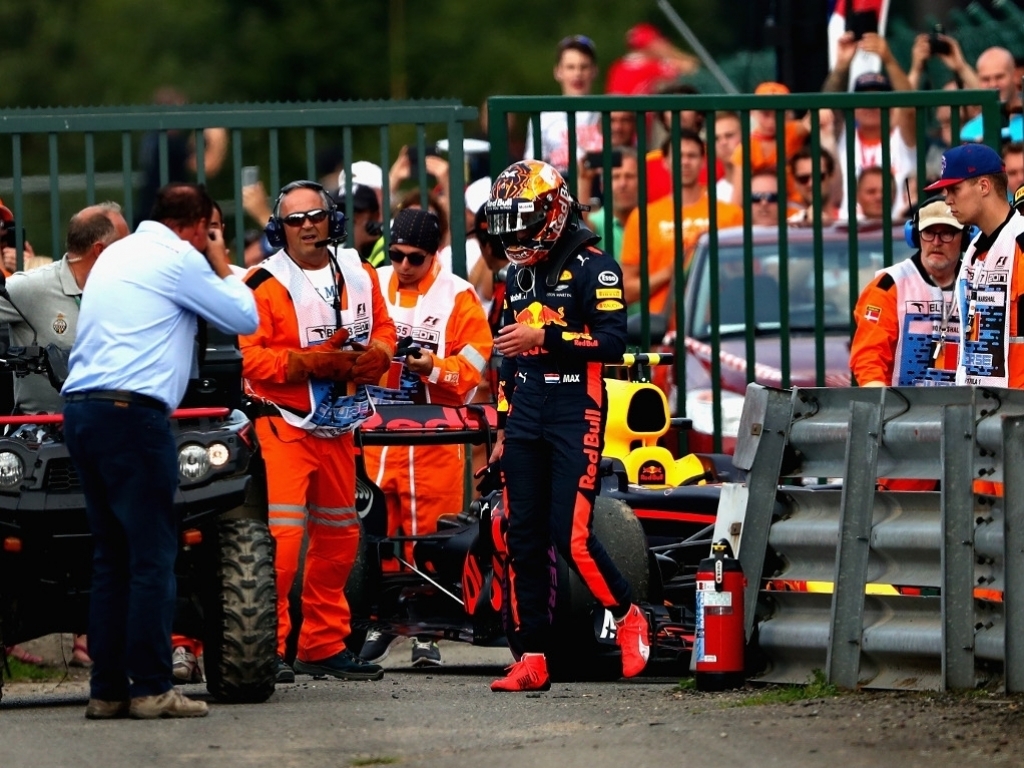 Christian Horner has hit out at Renault’s “below par service” after Max Verstappen suffered a fifth engine related retirement in the Belgian Grand Prix.

The Dutchman recorded his sixth retirement in 12 races on Sunday, five of which were the result of engine problems.

And his team boss Horner isn’t at all happy with the situation.

“Renault are quite aware that its reliability and product isn’t where it should be,” said. “It’s their business to sort that out.

“We’re a paying customer and it’s obviously below par the service we are seeing at this point in time because [of the] reliability issues, the failures.

“We pay a hell of a lot of money for the engine. They need to sort it out.

“It’s hurting them as much as it is hurting ourselves.

“At this level, you can’t afford the kind of failures that we’re consistently seeing.”

However, it is not just Red Bull who are suffering because of Renault’s issues.

Horner added: “Reliability across the three teams is pretty dire. Turbo failures with Kvyat, engine replacements that have had to happen with two cars as we come here.

“It’s not great, it’s far from great and it’s not the level an engine supplier which wishes to be competitive in F1 should be at.

“They are working hard at it and hopefully putting in place process to avoid the kind of issues that we are seeing.”