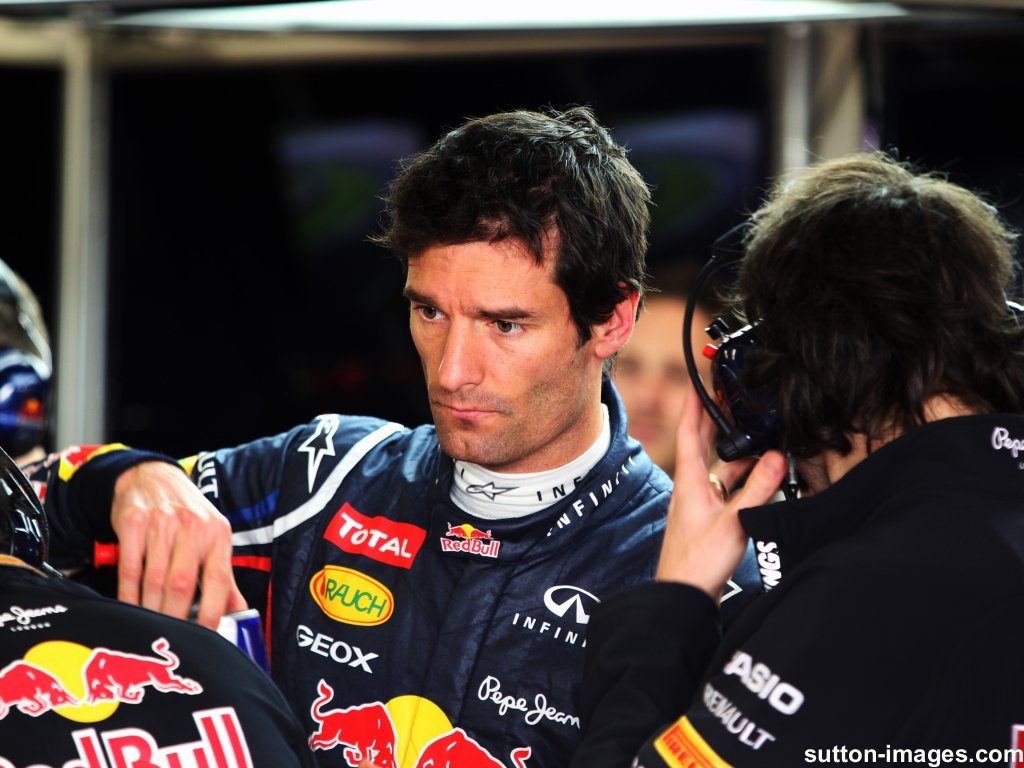 Christian Horner has rubbished talk of Mark Webber racing for Ferrari next season, saying there’s no reason why he would want to leave Red Bull…

Christian Horner has rubbished talk of Mark Webber racing for Ferrari next season, saying there’s no reason why he would want to leave Red Bull.

With Ferrari’s Felipe Massa believed to be on his way out at the end of this season after a disappointing start to his campaign, the rumour mill is rife with speculation over who will replace him.

While Sergio Perez was the hot favourite in the wake of his runner-up result in Malaysia, more recently Webber’s name has been mentioned.

However, his Red Bull team boss reckons there is no reason for the Australian, who is out of contract at the end of this season, to swap his current set-up for Ferrari.

“Every spring seems to be a reciprocal thing that Mark is going to Ferrari,” Horner told Autosport. “He is not wearing red overalls.

“I think it is inevitable, almost every driver in the pit lane has been linked alongside Fernando next year, but we are focused on ourselves.

“Mark enjoys being within the team, he is happy here and we are happy with him.

“At the relevant time later in the year we will sit down and talk about the future as we have done in previous seasons.

“It’s something we will talk about later in the year. I’m not aware of any discussion.

“I think Mark is happy where he is, he is in a strong position here, but inevitably it’s part of this business that there is speculation.”

The team boss was full of praise for Webber’s start to the season, which has seen the Aussie just miss out on the podium with his four fourth placed results.

“Mark has driven very well at the first few races. He has been settled in the car, turned up with a different approach this year which has been evident and he’s in good shape.

“Four fourths… obviously we would dearly like to see him on the podium but they are vital points and he has driven very strongly. For sure he can put a very strong campaign together.

“I think it is good they push each other, it brings the best out of Sebastian as well. You want team-mates to keep raising the bar. There is a good dynamic between the two of them, they have pushed each other and the car hard, which is what you want.”