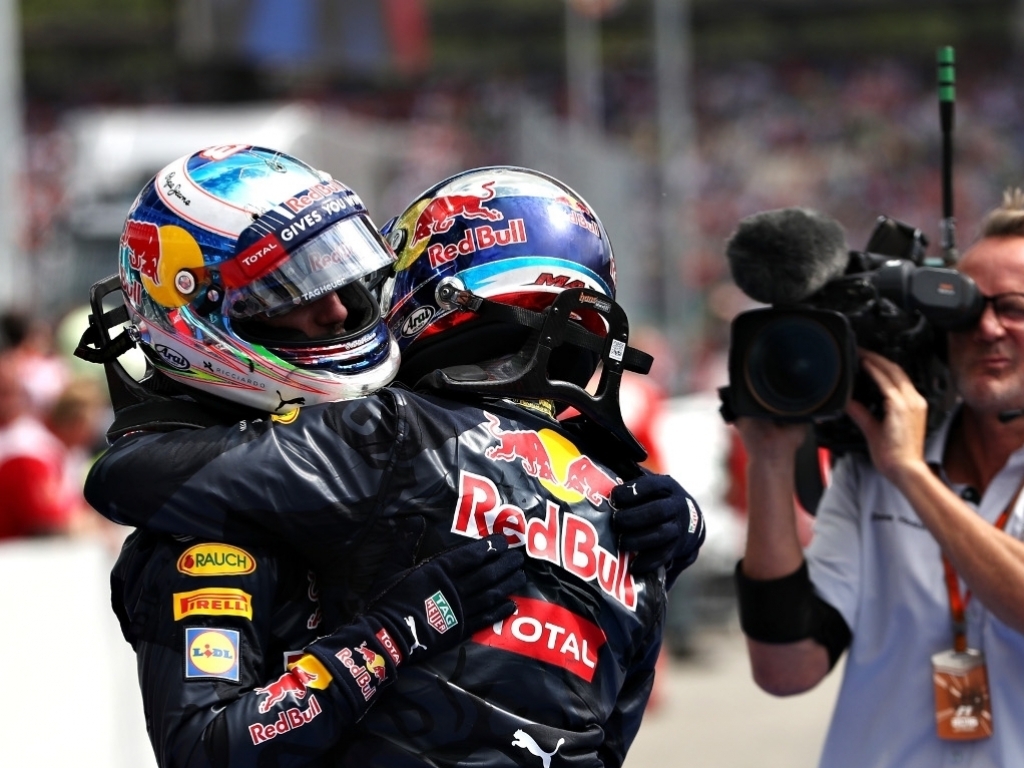 Christian Horner says the relationship between Daniel Ricciardo and Max Verstappen will "inevitably" hit a bump as the team-mates battle at the front of the pack.

Verstappen joined Red Bull after round four of this year's championship and immediately showed his class as he claimed the Spanish Grand Prix win.

The partnership yielded Red Bull's first double podium of this season in Germany while the duo have helped the team take second place off Ferrari in the standings.

But while everyone is happy at the moment, Horner admits that it is only a matter of time before the tension increases, and perhaps boils over.

"With Max and Daniel we've got one of – if not the most – exciting driver pairings in F1," the team boss told Motorsport.com.

"It's down to them and what they do on the track at the end of the day. The relationship is sufficiently young at the moment that it isn't an issue.

"But inevitably if they are racing with each other over the next two or three years, and racing for the same bit of tarmac…

"I think as long as we deal with it in an open and honest manner, and it's clear what the objectives of the team are, we'll deal with any speed bumps that come our way."

The team boss was full of praise for his 18-year-old driver, who he says has been "sensational" since joining Red Bull.

He added: "For somebody so young to be driving with such maturity is really impressive, and he's marked himself out as a real star for the future.

"He's a great race driver, and he's demonstrated that in all the races so far, bar Monaco. His racecraft and skill and determination is clear for all to see."

As for Ricciardo, he feels the Aussie has been "a bit unlucky."

But, he continued, "I'm sure that will address itself. We'll just keep pushing and fighting. He's a competitive guy and he can see the effort going in from all of the team.

"His chin hasn't dropped. He knows the potential there, he can see that through no one's fault things haven't gone his way. That's motor racing. I'm confident that the second half of the season will be stronger for him."