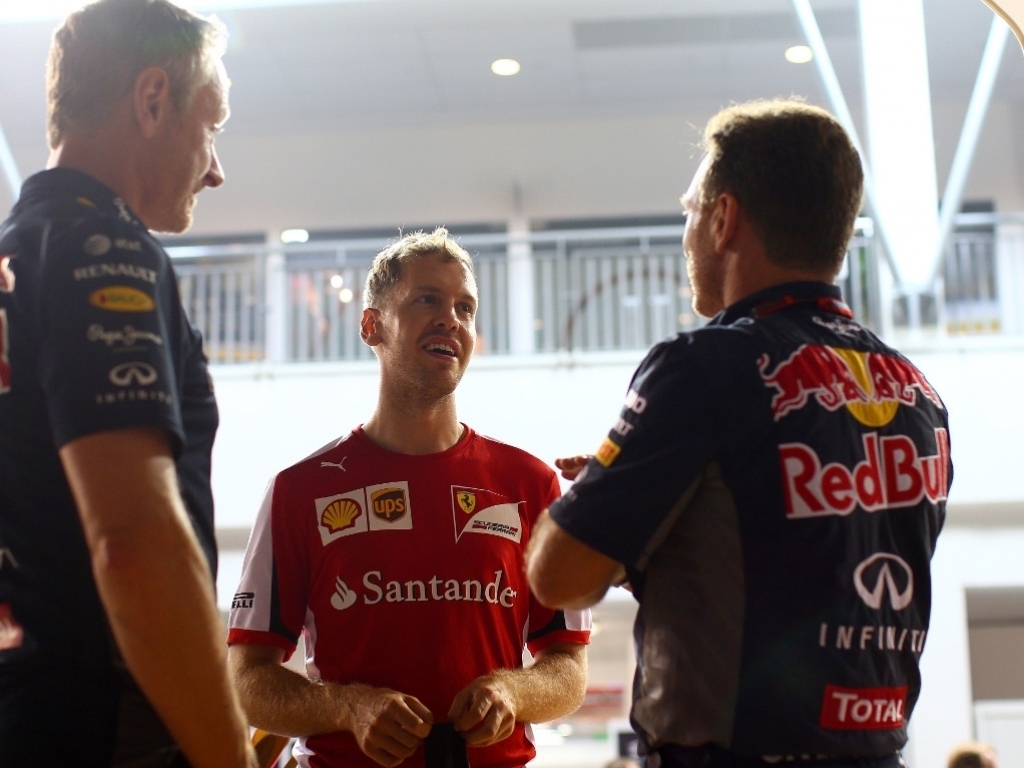 “In any sport, you can’t give abuse to the referee,” Horner said after the Ferrari driver verbally abused an official during Sunday’s Mexican Grand Prix.

Horner said he would be “surprised” if Vettel was not sanctioned after swearing over the team radio in a message directed at race director Charlie Whiting after a maneuver by Red Bull’s Max Verstappen.

Vettel later apologized, but was stripped of his podium finish after he was ruled to have raced in a dangerous manner, it came after a 5-second penalty for Verstappen had put him in third.

Vettel tried to pass Verstappen at Turn 1, but the Dutch driver cut the corner and held his position.

Vettel apparently expected his rival to be instructed to cede third place and vented his frustration at Whiting in an expletive-laden message over the team radio.

Horner said that the FIA should investigate, adding: “I would be surprised if that went unreprimanded.”

Horner and Red Bull’s Daniel Ricciardo said that Vettel’s lack of success at Ferrari might have played a part in his outburst.

“It is not an attribute he had when he drove for us. Obviously his frustration he is vocalising, and everybody can hear that,” Horner said.

Vettel switched from Red Bull to Ferrari after the 2014 season. Vettel won the Drivers’ Championship in 2010, 2011, 2012 and 2013 with Red Bull, but finished third last year behind Lewis Hamilton and Nico Rosberg of Mercedes.

“I definitely sense he has been a bit more frustrated this year,” Ricciardo said.

Sanctions from the sport’s governing body could include a fine, or even suspension.