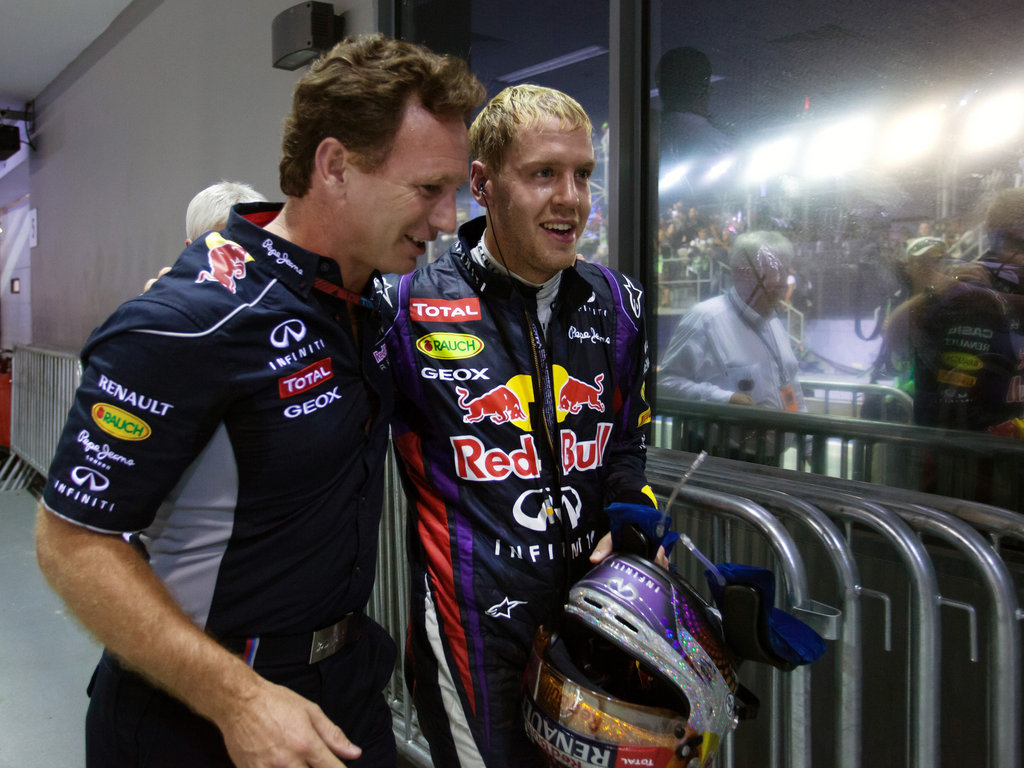 Red Bull boss Christian Horner doesn’t believe the reigning Formula One Constructors Champions should feel bad about the way they have dominated the sport in recent times.

Sebastian Vettel recorded his eighth consecutive win at last weekend’s US Grand Prix, a streak during which recorded his fourth successive Drivers’ Championship title and that dates back to Augustt’s Belgian Grand Prix.

While their dominance of F1 has been a turn-off for some spectators, Horner believes it is up to their rivals to do a better job of challenging them for honours if the sport is to become more exciting.

“We compete in a championship to the same regulations as all the others,” Horner told Autosport.

“We do the best job that we can and then we measure ourselves against our opponents every couple of weeks.

“It is not down to us to help the others to succeed. Our focus is very much on ourselves.

“We don’t feel in any way bad about the fact that we have done a lot of winning.”

After his victory in Austin last week, Vettel urged his team-mates to make sure they don’t get complacent and reminded them on the team radio that they should enjoy their dominance, since it won’t last forever.

Horner added that his outfit is doing exactly that, and that motivation is as high at Red Bull as it has ever been.

“In sport, whether it is Roger Federer, or Ferrari or Williams or McLaren, you get phases of sportsmen and teams being dominant,” he continued.

“At some point that does come to an end. Then you have to regroup and you have to go again.

“Sebastian is right. It is important to savour moments like now because that is our 46th win and it is easy to become complacent and you have to appreciate every single moment.”