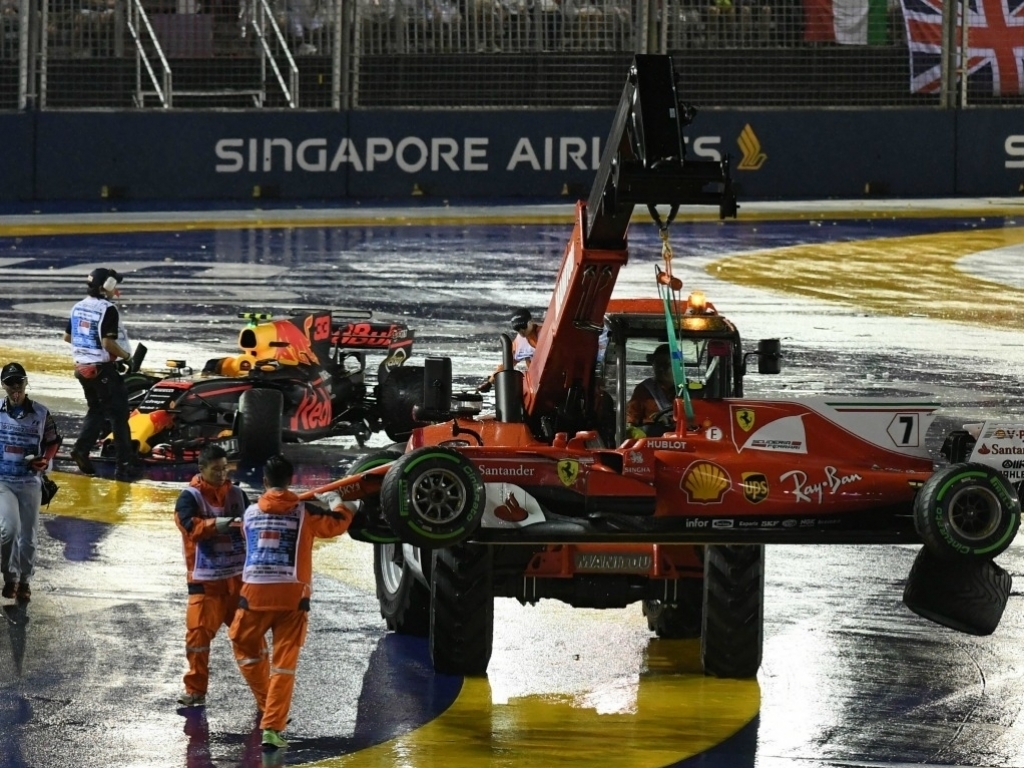 Red Bull boss Christian Horner laughed off Ferrari's suggestion that Max Verstappen was to blame for the collision that led to him, Sebastian Vettel and Kimi Raikkonen all having to retire on the first lap.

Ferrari posted on Twitter that Verstappen hit both Ferraris, but Horner was baffled by the Scuderia's assessment of the incident.

"How on earth you can work that out [Verstappen to blame] from watching that, I have no idea. Horner told Sky F1.

"You can see that Sebastian comes quite aggressively left, Kimi goes to the right and Max can't disappear. He held a straight line and it's just desperately unlucky for him to be eliminated like that.

"Seb moved over to the left, squeezing, squeezing. It's racing it's one of those things when you've got three cars going into the corner like that but Max couldn't just disappear.

"What Seb probably couldn't see was Kimi on the other side of Max. He's been aggressive with Max and Kimi's done the same thing from the other side and the end result is what you see there.

"Anyone who can blame Verstappen out of that needs their eyes tested."