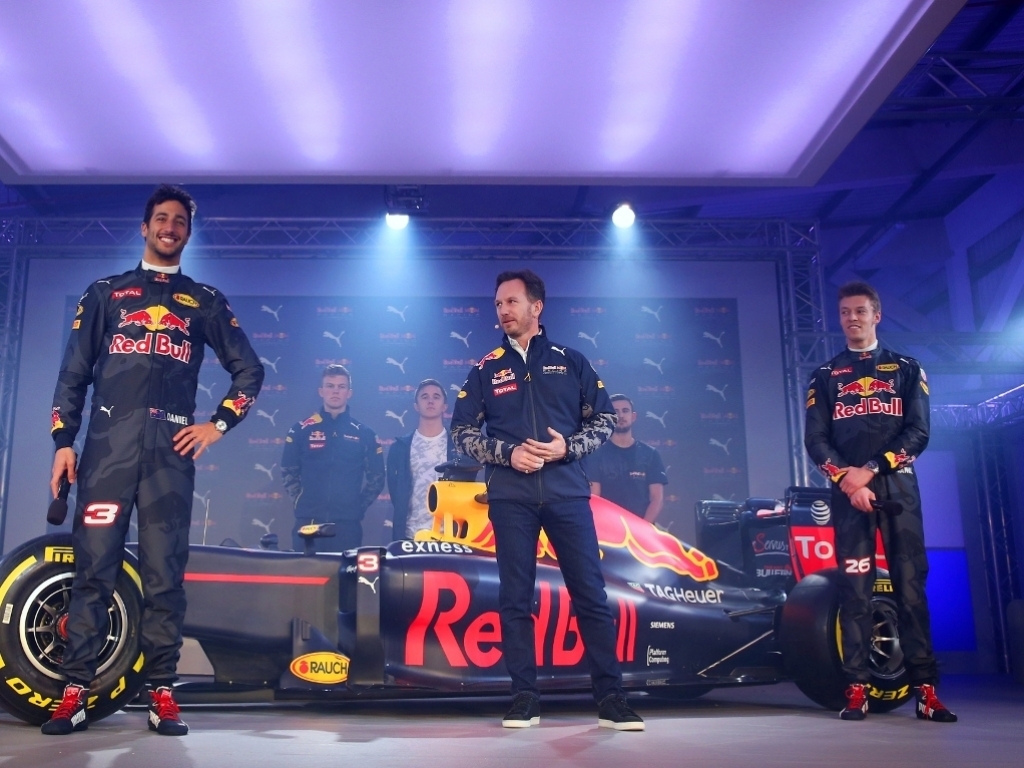 Red Bull team principal Christian Horner has conceded that his team may make a slow start to the 2016 campaign, but that they remain a threat.

The Milton Keynes-based team have struggled over the past two seasons, with Renault failing to provide them with an engine that would allow them to challenge Ferrari and runaway leaders Mercedes.

Speaking at the launch of their 2016 livery on Wednesday, Horner said that while the team has made progress in the off-season, he does not expect this to translate into immediate gains.

However, the Briton fired a warning to those who may have dismissed the team as challengers.

“Most people had written Red Bull off for this year, but we’re fighters and we’re focused on getting ourselves into a competitive position,” he said.

“It would be foolhardy to write off a team with the calibre of people Red Bull has.”

Horner has asserted that the team will be better off this year as they are prepared to take risks they may not have taken in the past. The first example of this is the delay in completing their crash tests, the last of which was performed on Wednesday, in order to get maximum development time.

“We hadn’t done any crash tests before Monday this week and completed them all in three days,” he said. “The last one about an hour ago!

“We take risks, which perhaps other teams would not dream of, like not having completed a crash test one week before the first test.

The 2016 Formula 1 season gets underway in Australia on March 20.