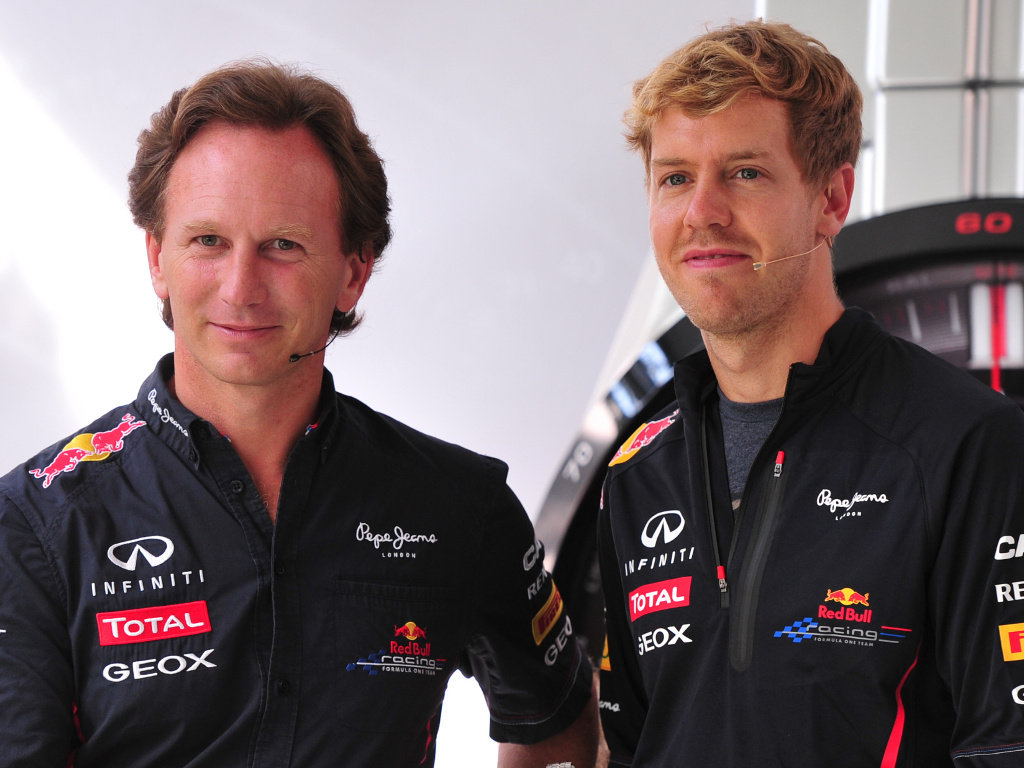 Seb Vettel may be appear to be a bit more ruthless on the track these days, but Christian Horner says he is the “easiest driver” he has worked with…

Sebastian Vettel may be appear to be a bit more ruthless on the track these days, but his Red Bull team principal Christian Horner says he is the “easiest driver” he has worked with.

At the age of 26 Vettel is one of the hottest properties not only in Formula One, but in world sport as he has won three consecutive World Championships and is gunning for a fourth one in a row.

Asked as to the difference now compared to 2010 when Vettel won his first title, Horner told Press Association Sport: “It’s his experience, his knowledge.

“He’s always had tremendous natural speed, and he has an intelligence that goes with that.

“But as he’s gained more experience, experienced situations of pressure, expectation, difficulty, he’s learned from each and every one of them, and applied those lessons extremely well.

“That’s just made him more and more rounded.”

During the early stages of his career, Vettel was often labelled as “Mr Nice Guy” on and off the track, but he has received a lot of criticism in recent months over his behaviour at this year’s Malaysian Grand Prix when he disobeyed team orders and decided to overtake team-mate Mark Webber and claim the race win.

Horner, though, says Vettel has always had a ruthless streak in him.

“It’s always been there,” added Horner. “It’s perhaps become a bit more obvious to the outside world because of what happened in Malaysia, but there are other factors surrounding that.

“He’s a fiercely-determined young man. You don’t achieve the kind of success he’s had without that burning desire and determination.

“But then he is also the easiest driver I’ve ever worked with. He doesn’t have an ego – or certainly a very modest one.

“He enjoys what he does, he’s extremely honest, he gives 110 per cent and he’s a nice guy. It’s not often you get that combination.”

Vettel’s childhood hero Michael Schumacher is Formula One’s most decorated driver with seven World Championships and Horner admits it would be extremely difficult for his driver to emulate his German compatriot.

“It’s impossible,” he said. “Schumacher’s domination, in a period where the regulations were as they were, is extremely unlikely ever to be replicated.

“Seven World Championships and 91 victories? Unbelievable! Three at 26 is a hell of a score rate. To achieve another one would be incredible for Sebastian.

“But you can’t look down the road at what he’s going to achieve in his career. Who knows what could happen? You can’t rule it out, but you can’t expect it either and therefore it’s better not to think about it.”