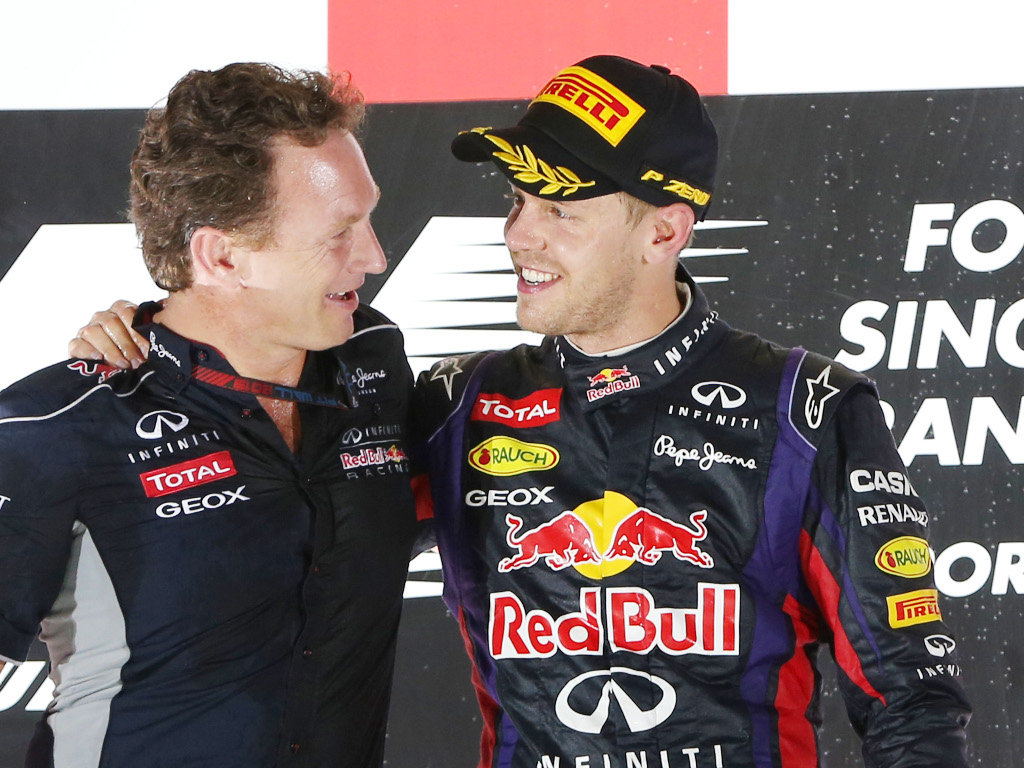 Christian Horner reckons Sebastian Vettel’s Singapore win was “one of his best ever drives” in Formula One.

Despite a Safety Car on lap 25 negating his 10-second lead over the chasing pack, Vettel went on to win Sunday’s night race by a massive 30 seconds over Fernando Alonso.

“It was one of his best ever drives,” said his Red Bull team boss.

“The Safety Car came out at just the wrong time for us and we never thought he’d be able to open up a lead of over thirty seconds. It was absolutely phenomenal.”

Vettel’s latest triumph, his seventh of the season, saw him take another step towards his fourth World title as he now leads Alonso by a whopping 60 points.

“It’s easy to forget how young he is – he is only just 26,” Horner continued to Sky Sports F1.

“The talent has always been there, but as he gets more experience he is just continuing to improve.

“He works so hard, he leaves no stone unturned, and he is more self-critical than any other driver I’ve ever worked with.”