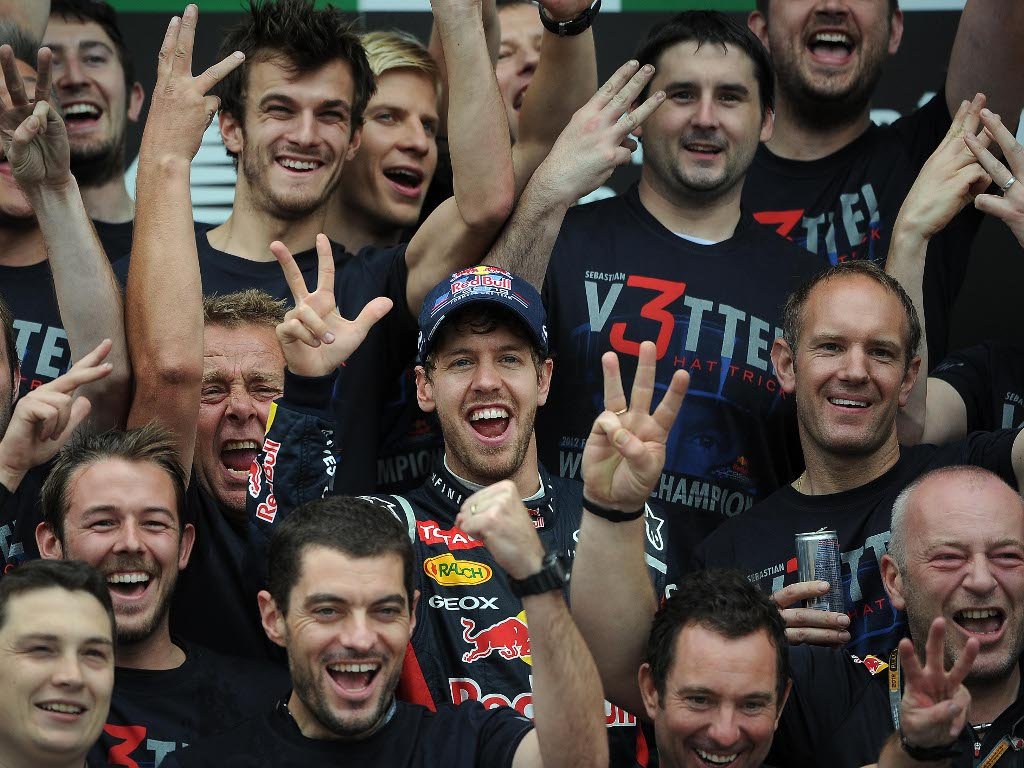 Red Bull Racing team boss Christian Horner was full of praise for his entire team after successfully completing what he calls their “toughest challenge”.

The 2012 championship ended in a blaze of glory for Red Bull as Sebastian Vettel saw off the challenge of Ferrari’s Fernando Alonso and claimed his third successive title right at the death.

It was a result that at times during the season seemed unlikely, as Red Bull struggled to get any momentum going and were forced to watch as other teams stole their thunder.

“They’ve always worked hard but this year I think by far has been our toughest challenge,” Horner said of his staff.

“It’s been the hardest championship, constructors and drivers, because we’ve had to really fight our way back into them; that is what made it the most gratifying in many respects.”

Horner paid tribute to his team’s spirit and determination and all the hard work that went on behind the scenes.

“The personal sacrifices the time that’s given up away from home away from family and friends, particularly in Milton Keynes has been just remarkable,” he said.

“There’s so many heroic stories this year of people going beyond what they are asked of to deliver, to get performance from the car, to get components to the circuit, to get development into the windtunnel, to hit all of those targets.

“What you see on a Sunday afternoon is a very small percentage of what is involved in a grand prix team. This championship, and a triple championship, would never have been imaginable without the commitment of the staff.”