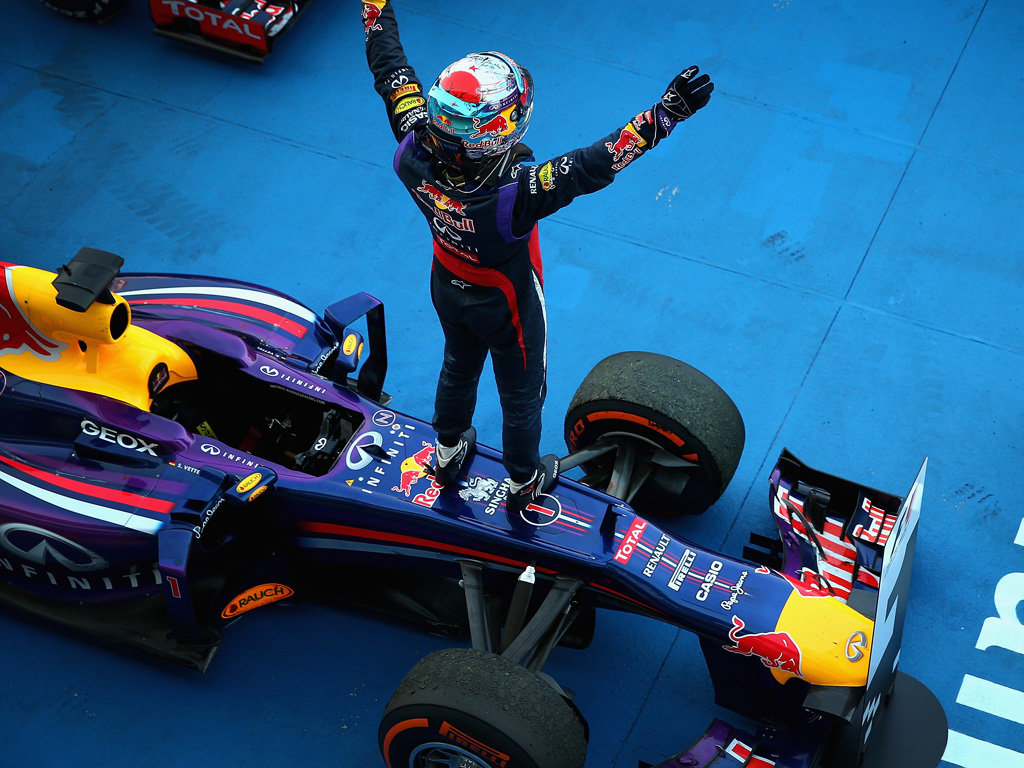 Christian Horner was once again gushing with praise for his lead driver Sebastian Vettel after he claimed his fifth win on the trot.

The Red Bull racer was made to work for it in Japan on Sunday with his two-stopping strategy helping him take his fourth Suzuka win ahead of team-mate Mark Webber.

The victory, Vettel’s ninth of the campaign, has put him on the brink of a fourth World title as he now holds a 90-point lead in the standings.

“Sebastian has won every race since the summer break which is an incredible achievement,” Horner enthused. “Still four races to go. Our target is to try to carry this momentum into the last four races.

“I don’t think any of us could have imagined that he would have had the run of success that he’s had. The way he’s driving at the moment is quite supreme.”

As for the German’s race, Horner confirmed that he had suffered a bit of front wing damage in his lap 1 collision with Lewis Hamilton while adding that the decision to stay out longer on his second stint of tyres was all Vettel.

“He picked up a bit of damage from the incident with Hamilton that took about 20 points of downforce off the front wing. He manages to adapt. He played the thinking game.

“He watched, he waited in that first stint. He preserved the tyres. He was very, very smart in the way he handled the race.

“We went into the race thinking we could be marginal for a two-stop and believed in clear air we could do that.

“The first stint dictated everything for us, where Mark put Grosjean under quite a lot of pressure… to the point that he’d run out of tyres by the lap that he pitted on, nine or something, pretty early in the race, which was too short for us to make a two-stop really work.

“Sebastian went about five laps longer than we expected him to. He created the options for himself by making the tyres go longer and further. And of course when he had the one opportunity to nail Grosjean, he did.”