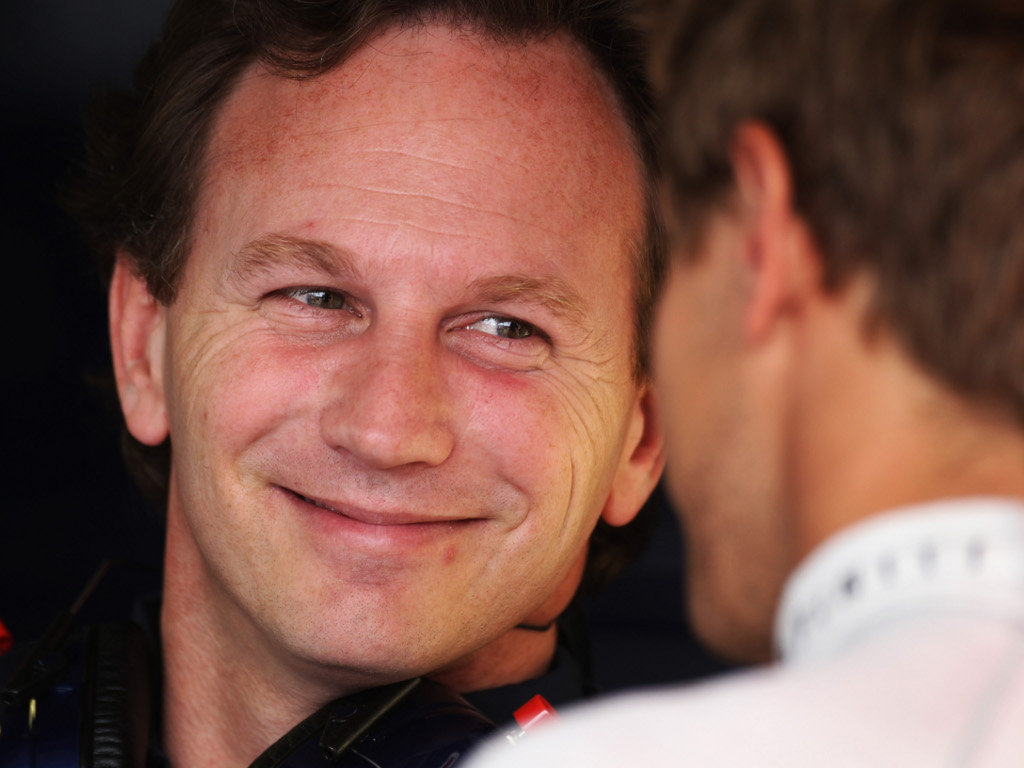 Christian Horner has praised Sebastian Vettel for an “exceptional” driver from the back of the field to the podium in Abu Dhabi.

Despite starting 23rd and from the pit lane, and needing to changed a damaged front wing, Vettel raced to third place at the Yas Marina circuit to minimise the damage from Saturday’s penalty.

“It was unbelievable to start not from the back but from the pit lane and have to come in for the nose,” Horner told the BBC.

“Sebastian’s recovery was exceptional. He drove flat out on every lap and produced some great racing.”

The penalty and the wing, though, were not the only woes for Vettel as the German also hit a polystyrene block when he ran off the track to avoid Daniel Ricciardo behind the Safety Car.

The rening World Champion was not happy and expressed his anger over the team radio.

“There were some fairly choice words from the car and the pit wall and it finished that wing off so we had to adjust our strategy, think quickly and react and Sebastian, having gone to the back, had to make it work.

“All day we saw cars getting into trouble and I was nervous when he started having a look at Jenson but he made it stick and it was an unbelievable day for Sebastian today.”

But in order for Vettel to win the title, Horner concedes Red Bull need to cut out all mistakes.

“You can see Fernando is pretty pumped up at the moment. He went from sixth to second and looked like he’d won the race on the podium. We need to eliminate the mistakes, like the one we made yesterday. We’ve got to go to Austin, which looks a great track, and make the most of it.”