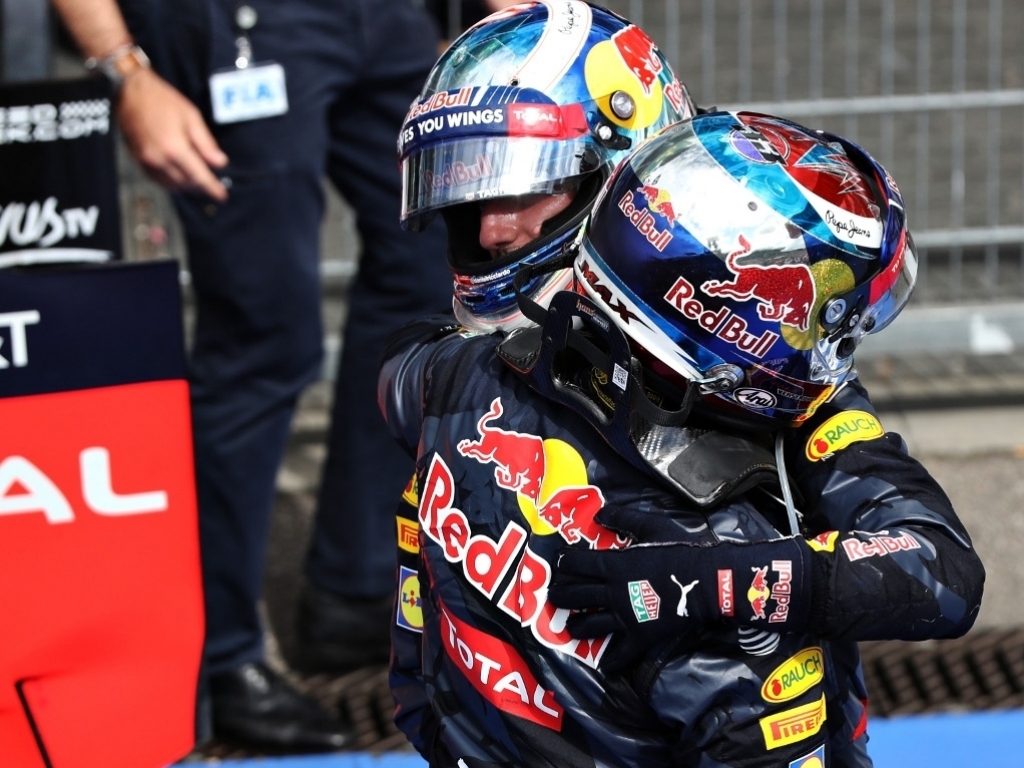 Max Verstappen garnered praise from his team boss Christian Horner after the youngster obeyed team orders and allowed Daniel Ricciardo to pass him without any objection.

Verstappen, who has a history of voicing his opinion when asked to let through his teammates, decided to let the Aussie driver through despite already overtaking him at the start of the race on Turn 1.

The strategy proved fruitful as both drivers managed to stay clear of Mercedes driver Nico Rosberg and claim second and third on the podium at the Hockenheimring.

When quizzed about the teenager’s drive at the German Grand Prix, Horner was delighted at the way he handled the order.

“He’s demonstrated beyond any doubt he is a team player,” he said.

“We fitted the Super Soft tyre to Max in the first stop to try and cover [Nico] Rosberg, and took a different route with Daniel fitting the Soft tyre.

“Then after Rosberg picked up his penalty the objective was very much to ensure we got both drivers ahead. Daniel was on the faster tyre and closing very quickly on Max, we asked, he [Verstappen] released him [Ricciardo] quickly, rather than lose time fighting each other.

“[This was] to ensure both were able to get ahead of Rosberg, with his five-second penalty, and Max immediately did that efficiently. It was the result of great team work between the whole team and obviously the two race drivers.”

The four-time World Championship winning boss again reiterated that the relationship between Ricciardo and Verstappen is healthy.

“It’s very healthy, there’s great respect between the two of them,” he added.

“As far as team-mates go, they seem to like each other, and they want similar things from the car – beyond that they’re both very, very fast.

“Hockenheim went in Daniel’s favour, Barcelona was in Max’s favour, so it’s the swings and roundabouts of a season, and both drivers have done an outstanding job.”