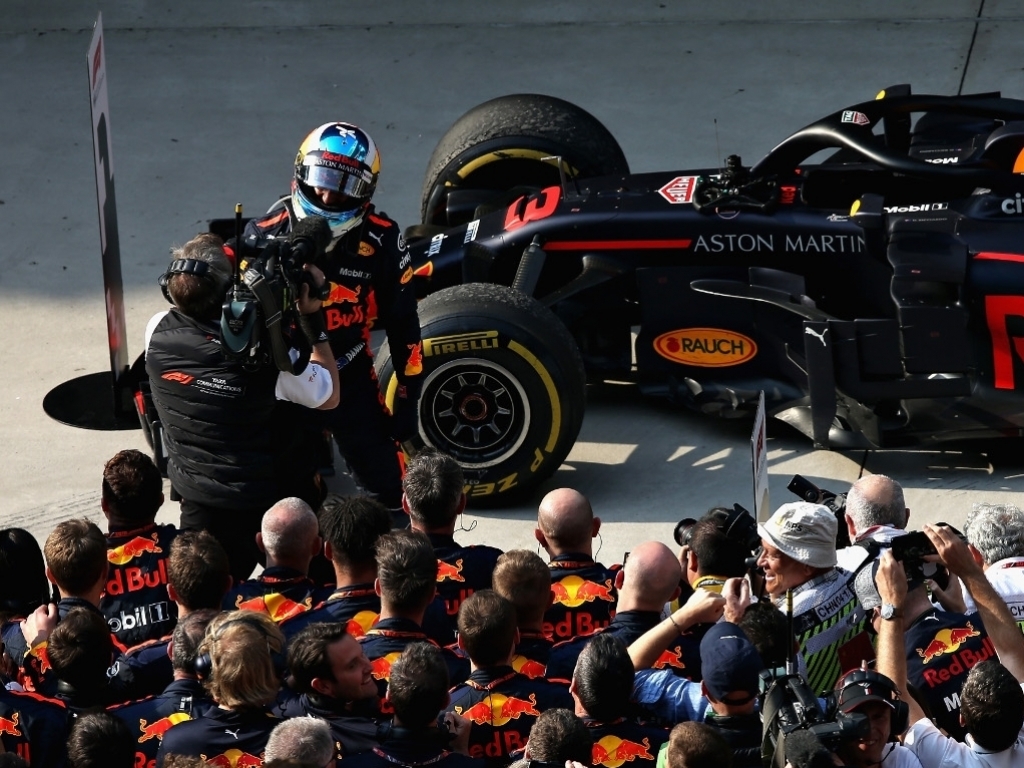 Christian Horner is hoping that Daniel Ricciardo's Chinese GP win will persuade the Aussie to re-sign with Red Bull as he is "one of the best" in the business.

Ricciardo came from sixth behind the Safety Car to win Sunday's Chinese Grand Prix ahead of Valtteri Bottas.

The Aussie proved his credentials as one of the sport's best overtakers as he came from nowhere to late-brake his way past Lewis Hamilton while also passing Kimi Raikkonen, Sebastian Vettel and Valtteri Bottas.

"He’s absolutely at the top of his game and I think he has been for the last couple of years. He’s hit that balance of experience and pace.

"He’s one of the best overtakers in the business and his judgement is impeccable in terms of judging a gap, getting the car stopped and getting it rotated.

"Daniel has been clinical in the way that he’s executed that race in the passing moves.

"There was one move on Lewis [Hamilton] at Turn 14, he came from so far back. He just got the job done."

Horner is hoping that Ricciardo's first win of this season will convince the 28-year-old that Red Bull is the place to be for 2019 onwards.

He said: "I think Daniel’s happy in this environment. If we can provide a car like we did today why would he want to be anywhere else?"