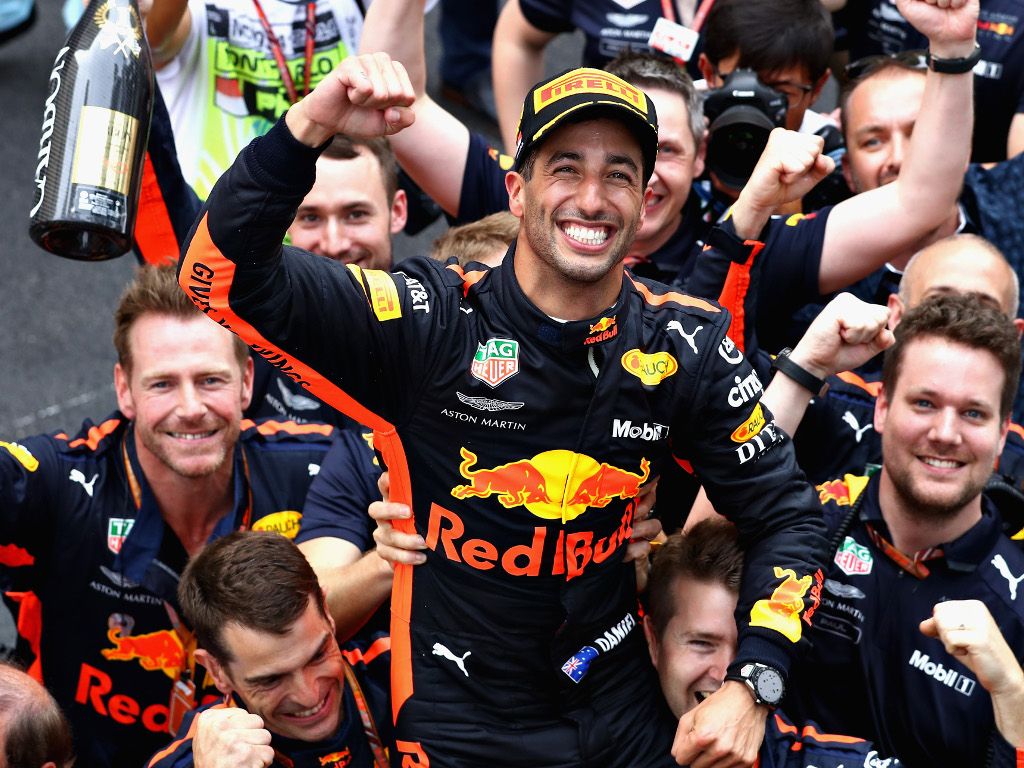 While Daniel Ricciardo’s price may have gone up with his first Monaco GP win, Christian Horner hopes so too has his love for Red Bull Racing.

Ricciardo raced to the win in Monte Carlo on Sunday, righting the wrongs of two years ago and did so despite having to contend with a lack of power.

His victory moved him up to third in the championship and once again demonstrated why he is a wanted man.

Red Bull are keen to re-sign for next year’s championship with Ferrari and Mercedes also reportedly interested in his services.

Speaking to Sky Sports after Ricciardo’s win, Horner said with a laugh: “I’m not sure if his price has gone up or his love for the team has gone up, probably both.

“I have made it clear all along that we want to keep Daniel.

“He’s now won the same amount of races as Lewis and Sebastian in this championship.

“Obviously he could have done more in Bahrain without that retirement, we all know what happened in Baku.”

The team boss was full of praise for the Aussie and the way in which he managed the Monaco race despite losing the MGU-K and being down on power.

“Unbelievable, he was not going to give this race up this weekend,” he said. “He’s been quickest in every session.

“Then your brake temperatures go out of control, the fuel and tyre temperatures start going. Yet he managed it like he was on a Sunday afternoon drive.

“They’re telling me on the intercom they’ll have to retire the car in one or two laps. I said ‘Look, we’re in the lead of the Monaco GP, we’re keeping going’.

“Moving the switches around, driving to save fuel, brakes, tyres, asking what’s going on with Max’s tyres. He drove an unbelievable race this weekend.”