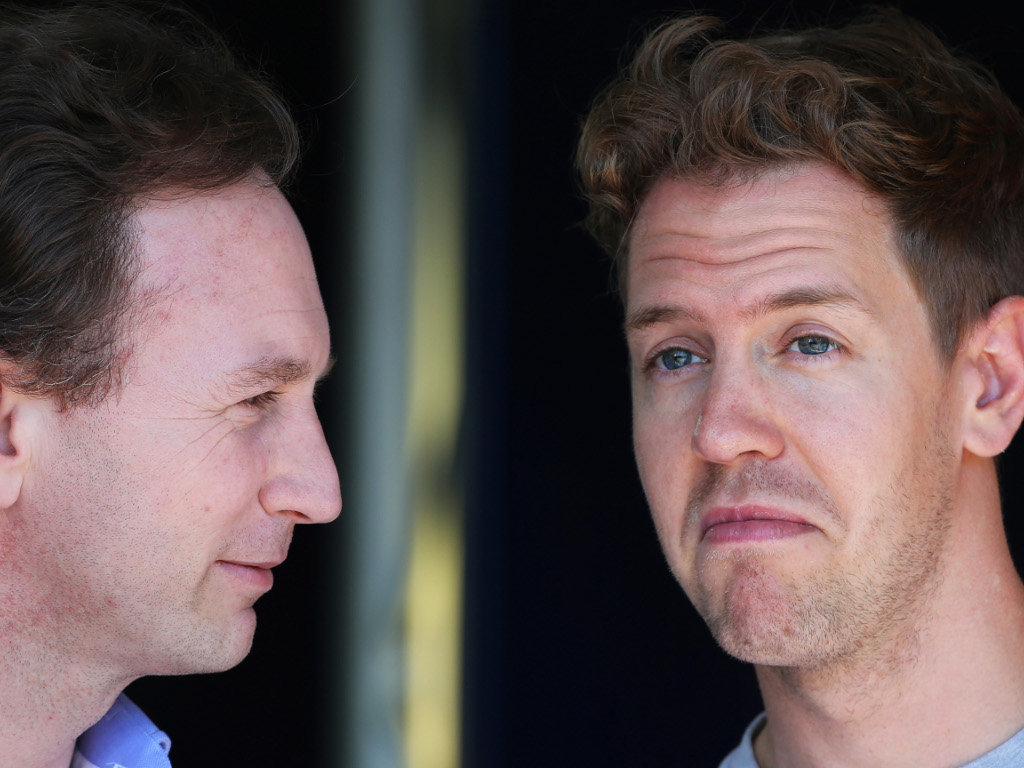 Sebastian Vettel may be the villain, however Christian Horner reckons every driver – including Mark Webber – ‘would have done the same’…

Sebastian Vettel may be the today’s villain, however, Christian Horner reckons any and every driver – including Mark Webber – ‘would have done the same’.

After ignoring team orders and stealing the race victory from his team-mate in Sepang, Vettel was heavily criticised from all quarters.

Some, such as former F1 driver John Watson, have even called for Red Bull to suspend the 25-year-old for at least one Grand Prix.

However, it appears as if that – or any other punishment for that matter – is not on the cards as Horner reckons Vettel only did what any other driver would do. And in fact that Webber himself has done in the past.

“He is a race driver, a fiercely competitive individual,” the Red Bull team boss told the Daily Mail. “You don’t win 27 Grands Prix and three World Championships without being a very driven individual.

“If Fernando Alonso or Lewis Hamilton had been in that position, they would have done the same.

“If Mark Webber had been in that position… we have seen him do the same. Let’s not kid ourselves that this is something unique to Sebastian.”

And although Horner would not like to see a repeat of Red Bull’s Sepang drama, he concedes that he cannot always control his drivers.

“At times you do not have control of them, as much as you would like to. All you rely on is that they respect each other, the team and the equipment.

“Ultimately, behind the scenes, there are 500 to 600 people working flat out to provide them with the cars to go racing with. They are one element in a chain and for that chain to work effectively it has to work collectively.”

The team boss, though, believes his drivers can work towards repairing their relationship as they have proven in the past to be a successful partnership.

“They have won three Constructors’ Championships for the team. As a pairing they have been one of the most successful in Formula One history.

“In three months you go from winning a double World Championship in Austin and Brazil, then suddenly it is a drama and a crisis despite a one-two finish in the second Grand Prix.”