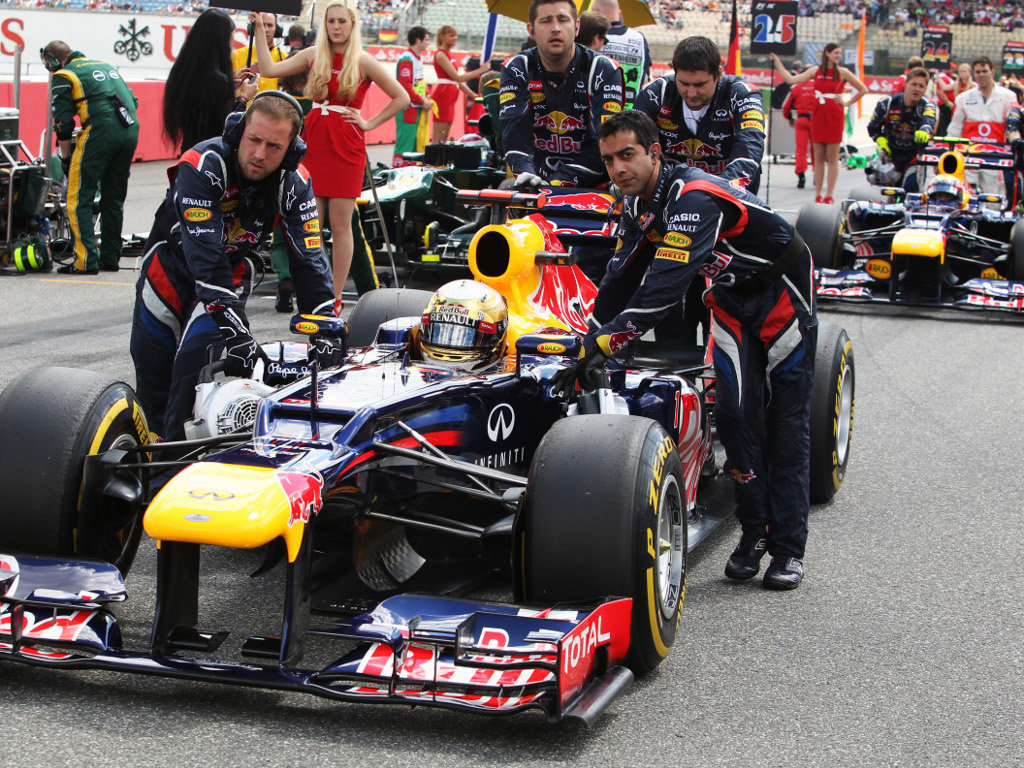 As Christian Horner again insists his RB8 is legal, Red Bull’s rivals have called on the FIA to clarify the rules on engine torque mapping…

As Christian Horner again insists his RB8 is legal, Red Bull’s rivals have called on the FIA to clarify the rules on engine torque mapping.

In the build-up to Sunday’s German GP, Red Bull had to face the Hockenheim stewards after FIA technical delegate Jo Bauer found irregularities in their cars’ engine mapping.

“Having examined the engine base torque map of car numbers 01 and 02 it became apparent that the maximum torque output of both engines is significantly less in the mid rpm range than previously seen for these engines at other events,” said Bauer.

“In my opinion this is therefore in breach of Article 5.5.3… as the engines are able to deliver more torque at a given engine speed in the mid rpm range.’

However, Red Bull were cleared by the stewards who said that “as the regulation is written, the map presented does not breach the text of Art 5.5.3 of the Formula 1 Technical Regulations.”

The stewards’ ruling added that they did “not accept all the arguments” laid out by the team’s technical director Adrian Newey and representatives from engine supplier Renault.

Red Bull went on to finish fifth and eighth with Horner yet again facing questions about the legality of the RB8.

Horner, though, insists his car is legal, telling Press Association Sport: “The car complies with the regulations.

“We presented all the facts and they (the stewards) were happy with that information, so it draws a line under the matter.

“It was important to have clarity going into the race.

“Such a situation is never ideal in a build up to a grand prix, it was a distraction, but it was dealt with swiftly, fairly, and we believe the right conclusion came out.

“I can understand why they wanted a bit more information, but they were very happy with what they saw, hence the judgment the car complies.”

As for the stewards saying they didn’t accept all Red Bull’s arguments, Horner added: “That’s the interpretation of the rules.

“But the rules are black and white, so as with all these things with many aspects of the car, it’s sometimes how you interpret rules.

“That’s the nature of Formula One.”

But as to be expected, the latest technical furore has yet again resulted in rivals wanting clarification from the FIA on the rules, which McLaren team boss Martin Whitmarsh says they will ask for in Monday’s Formula One’s Technical Working.

“It is a good opportunity,” Whitmarsh said.

“If there is a decision you are allowed to do that then everyone is going to spend a lot of money running that sort of map, and doing it as quickly as they can.

“Clearly the FIA are frustrated by it, so it would be better for there to be clarity and to stop doing it in future.”

Asked about the advantages of running engine mapping that opens the throttle more than it should be for a given accelerator position, Whitmarsh said: “Not on another car. I’d struggle on our car, but it is an advantage.

“You don’t do things that are challengeable unless there is a performance advantage. Obviously, though, I don’t know the data on their car.”