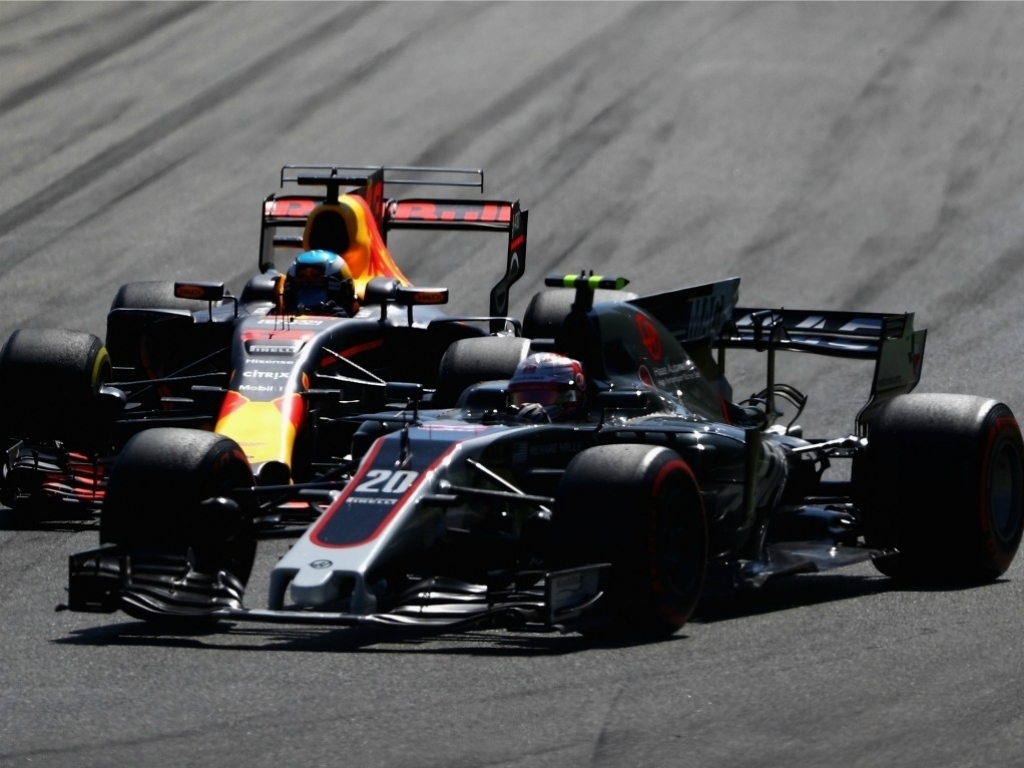 Engine penalties pushed Ricciardo back after qualifying third on Saturday, but made up for lost ground with a series of brilliant overtakes – a dive down the inside from a mile back on Kimi Raikkonen at Turn 1 being the pick of the bunch.

"He didn't have a great start and then he just started making his way through with some phenomenal overtaking moves," Horner beamed on Sky Sports F1.

"He got a bit too much wheelspin and dropped behind so was fighting right at the back of the field. But he got his head down and made an incredible comeback.

"He's one of the best overtakers our there. His ability to brake late and still make the apex. It was Nigel Mansell-esque."

Ricciardo is hoping some of his move made the highlights reel and was impressed with the RB13 capabilities after an up-and-down season.

"We had a good race car today," Ricciardo said in the paddock.

"Our strategy of running the soft tyre first really worked. To finish four seconds behind Sebastian after being 20 seconds down on the first lap is impressive."

"We were closing down the podium. We were catching Seb by a second a lap but then he was able to turn it up a bit and I was using all of my tyres.

"It was fun. Definitely had some really good overtakes. Hopefully we created some highlights for the year.

"I'll give Kimi credit for racing clean and fair. But I'd have done the move on anyone to be honest. I was aware the deeper I got towards the front the harder overtakes would be. I had blinkers on for the move and happy to pull it off."