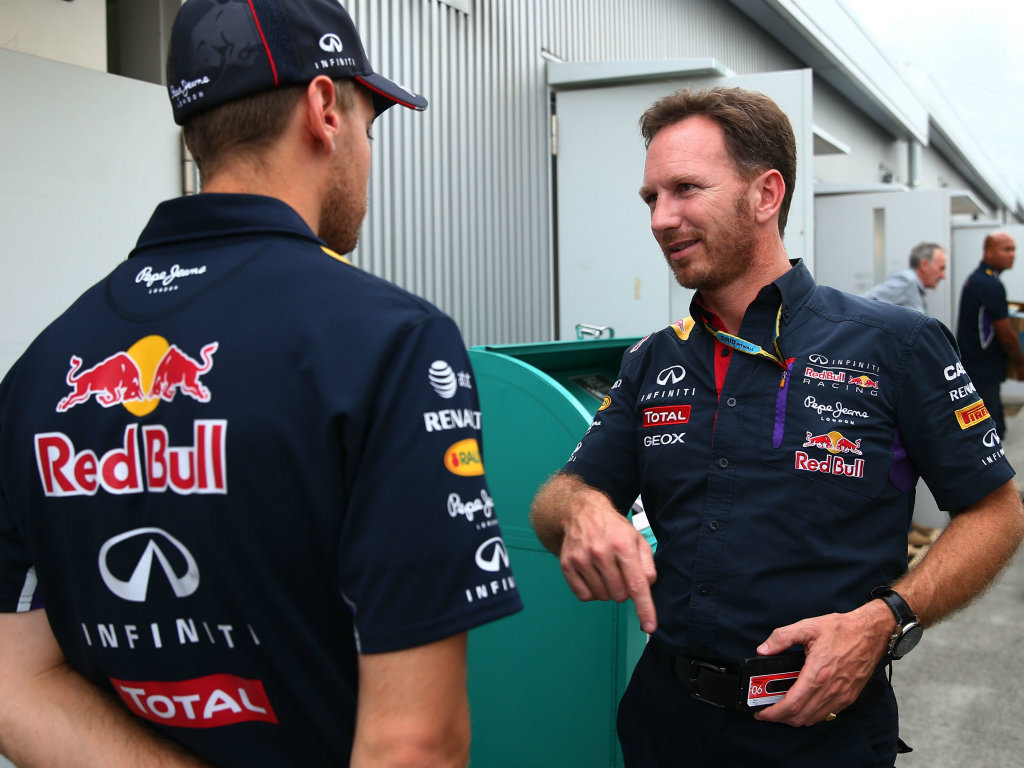 Christian Horner concedes it is the “right time” for Sebastian Vettel to leave Red Bull, both for the team and the driver.

Prior to the season-ending Abu Dhabi GP, Ferrari finally confirmed that Vettel would be joining them for 2015 where he will partner Kimi Raikkonen.

The German’s move to Maranello brings to an end what Vettel has billed as a “long-term relationship” as he has been with Red Bull since the age of 12.

However, Sunday’s season final marks the last outing for the pairing, which has yielded four World titles and 38 race wins.

Horner, though, says it is time.

“Obviously we’ve had a wonderful relationship with Sebastian,” said the team boss.

“He’s been with the Red Bull family since he was 12 years of age, and he’s grown through the junior programme, the junior categories.

“He was not much more than a boy when he arrived, and now he leaves us a young man, as a father.

“He had his opportunity in Formula One with Toro Rosso, winning a grand prix with them before coming to Red Bull Racing.

“Four world championships and 38 grand prix victories later I think we can look back with a huge amount of pride. We’ve grown together.

“When he came to the team we were still a young team at the time, and together we’ve grown into a race-winning and championship-winning combination.

“But as in life all things move on and evolve, and obviously this opportunity has come up for Seb.

“Whilst we’ll be very sorry to see him go and close his career with Red Bull on Sunday evening, we’ll wish him the very best of luck.

“He’ll be a good friend of the team for life, but as of the first of January he’ll be a competitor.

“He can be incredibly proud of what he’s achieved, he’s been a tremendous ambassador for the sport and we’ll certainly miss him.”