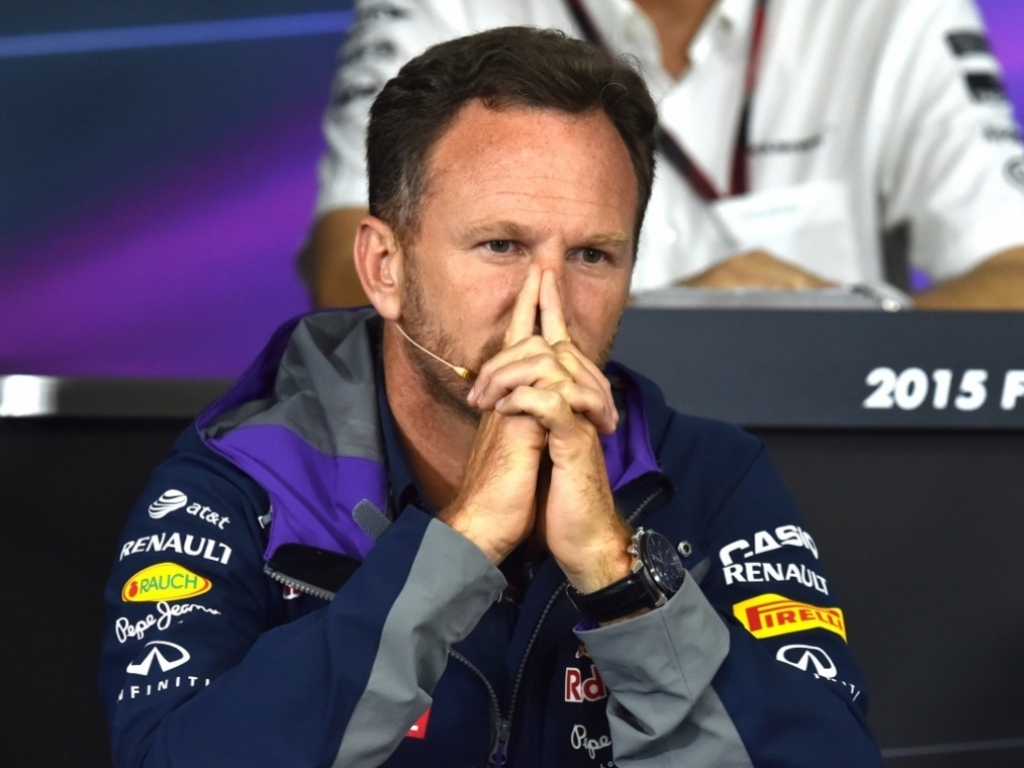 Christian Horner insists Red Bull's rivals don't want to supply them with power units as his team are "simply too strong".

Testing for the 2016 season is only four months away, but it remains to be seen if Red Bull and Toro Rosso will be on the grid next year as they don't have an engine supplier at the moment.

With Renault's power units not up to scratch, they decided to part company with the French manufacturer and then turned to Mercedes and Ferrari for help.

However, Mercedes is not interested while Ferrari is apparently only willing to provide them with 2015 engines, something which Red Bull see as a slap in the face as they wanted parity with the Italian manufacturer's works team.

Horner believes their rivals are turning them away as they are "afraid".

"If we were Toro Rosso we would get an engine anywhere," he told Germany's Auto Motor und Sport. "We are simply too strong. They are all are afraid of us."

It emerged in Russia over the weekend that Red Bull are now back in talks with Renault and Horner admits they can’t rule anything out.

"Nothing is officially finished with Renault yet," he told Sky Sports F1. "It's difficult to envisage how we go forward – but this is Formula 1 and nothing is impossible. Everything's open – pretty much everything."

He added: "At the end of the day nothing as we stand here is fixed. We are working on lots of different scenarios. Bernie [Ecclestone] is very actively involved as well and very keen to find a solution. We need to. This team is too good not to be involved in Formula 1 and obviously there's an awful lot of staff members whose futures depend on this decision. Therefore it's important we find the right one.