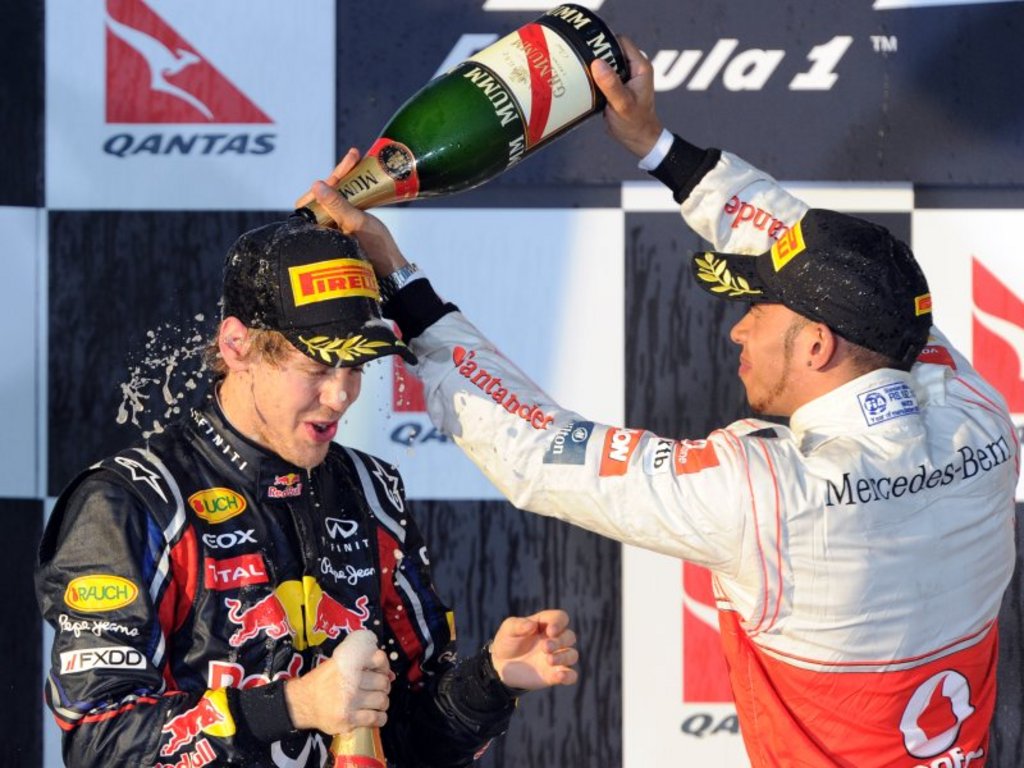 Red Bull team boss Christian Horner has put paid to suggestions that his team could make a move for Lewis Hamilton, saying a driver line-up featuring Sebastian Vettel and Hamilton is unlikely to work.

Hamilton’s name has in recent weeks been linked with the Milton Keynes outfit and the team’s advisor Helmut Marko added fuel to the flames by claiming the McLaren driver is always on their discussion list.

“Definitely with his aggression and his speed, Hamilton must always be a topic. Our philosophy is to have the quickest drivers together in our team,” Marko told Germany’s Bild.

However, Horner feels a Hamilton-Vettel partnership is likely to be as problematic as the Hamilton-Fernando Alonso one was at McLaren in 2007.

“It’s difficult to see how you could have two drivers of Lewis’s and Seb’s calibre under one roof because there tends to be fireworks, as we saw with Fernando and Lewis,” Horner told journalists at Silverstone.

Horner also downplayed suggestions that they could make a move for Hamilton in the near future, saying the Brit is likely to stay with McLaren “for a while yet”.

“Lewis is a wonderfully gifted driver,” Horner said. “He’s obviously happy at McLaren. We’re very happy with the driver line-up that we have.

“Of course if he wanted to drive for Red Bull then of course you couldn’t ignore a driver of his calibre. But I understand that he’s got a multi-year contract with McLaren and I’d envisage that he’d be there for a while yet.

“With any driver/team relationship there’s got to be a desire on both sides, and that’s what makes the relationship work so well with our current drivers. Sebastian’s been with Red Bull since he was 12.

“But who knows, in the future, you can never rule anything out. But there would have to be a strong desire on both sides to do something like that.”

The Red Bull boss also accused Hamilton of using a bit of “gamesmanship” after he described the team as a “drinks manufacturer” and questioned their front wing.

“When you’re at the top you’re always going to be shot at,” he said. “Sebastian is the youngest ever World Champion – a mantle which he took away from Lewis. Both of them are hugely talented drivers, and inevitably there will be a bit of gamesmanship between the drivers and also between the teams.

“It’s just part of this business and when you’re running at the front it’s inevitable that attention will be focused on you, whether it be on your front wings or anything else. It’s a distraction tactic which we find quite flattering.”