Home Uncategorized Horner: Seb will be at RBR in 2014 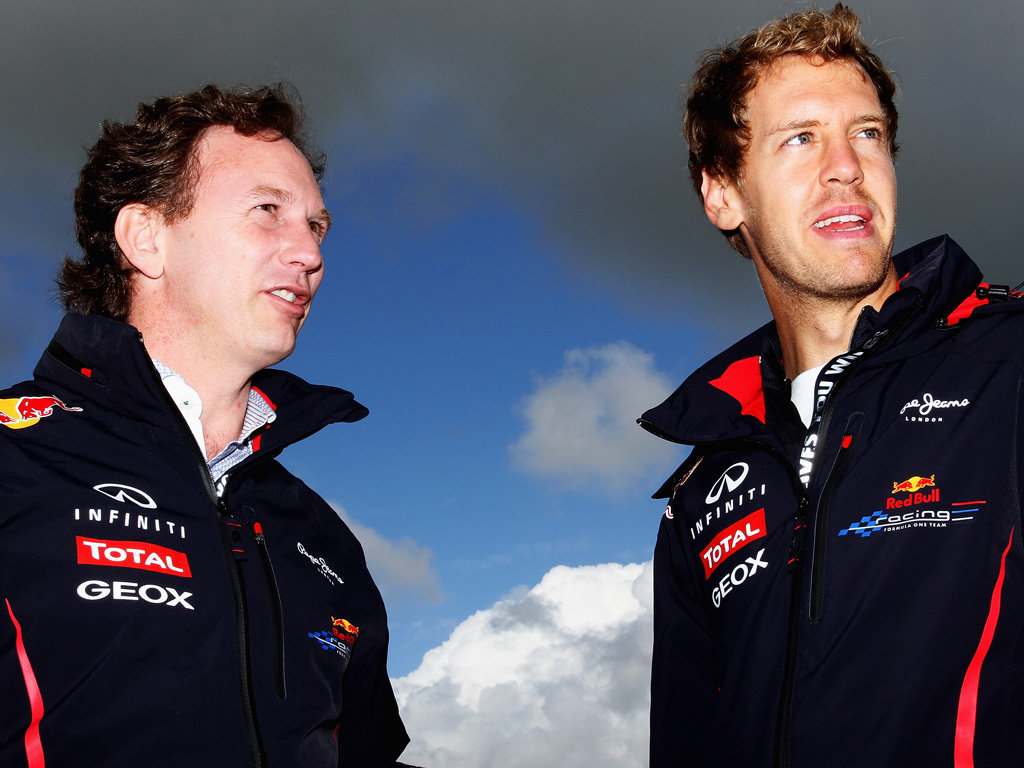 The claim and counterclaims in the Sebastian Vettel to Ferrari saga continue with Red Bull the latest to deny the reports.

BBC Sport on Monday stated that Vettel to Ferrari for the 2014 season is a done deal with Felipe Massa set to be a stop-gap for next year.

According to the report, ‘sources inside Ferrari say they have signed a contract with Vettel, 25, with an option to join in 2014 depending on their results’.

It added that Fernando Alonso ‘sanctioned’ Vettel’s arrival having reportedly ‘vetoed the idea of Lewis Hamilton joining the team earlier this year’.

However, the Italian outfit were quick to deny the report with Ferrari President Luca di Montezemolo insisting he doesn’t “want two roosters in the hen-house” as it “creates instability in the team”.

Red Bull team principal Christian Horner has now also dismissed suggestions that they could lose the two-time World Champion to Ferrari in a year’s time.

“Sebastian Vettel, without a shadow of doubt, will be part of the Red Bull Racing team in 2014,” he told BBC Sport.