Home Uncategorized Horner: Vettel can do it again 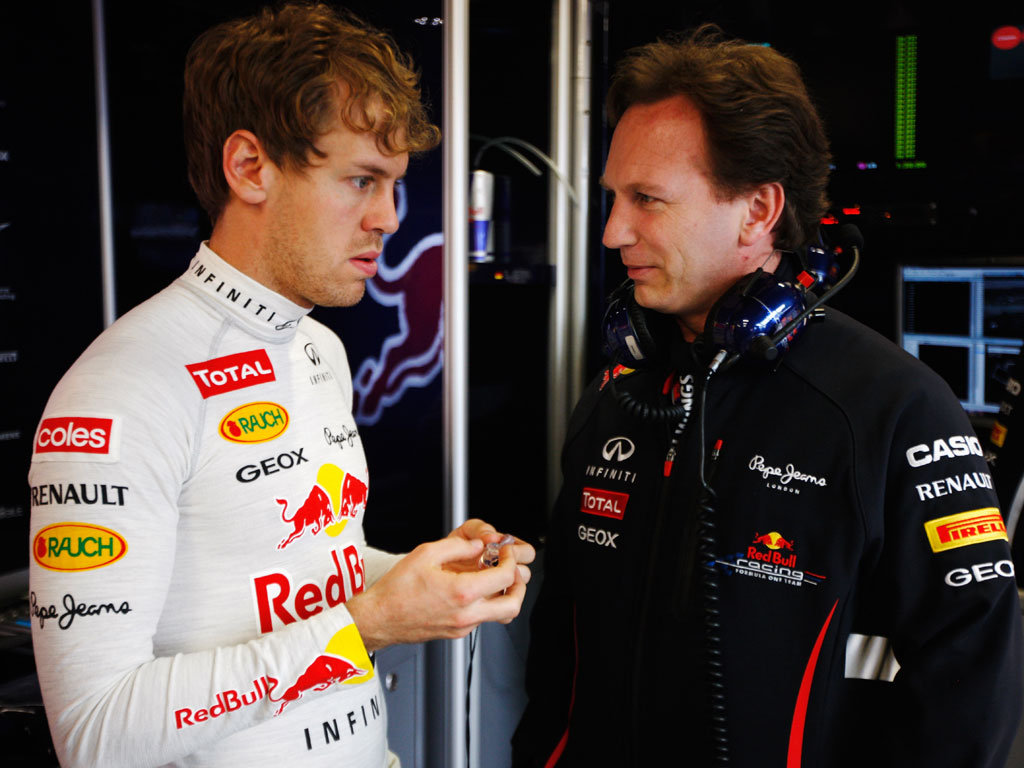 Christian Horner is adamant Sebastian Vettel has what it takes to win a third Drivers’ title this season.

And although Horner reckons a repeat in light of the calibre of the competition won’t be easy, he believes the 24-year-old can do it.

Should Vettel clinch the crown this season, he will become only the third driver in F1 history to win three successive titles, a feat previously achieved by Juan Manuel Fangio and Michael Schumacher.

“There were a lot of races that were very close last year,” said Horner.

“Even if you think back to the first race here in Melbourne, or Barcelona where he fought very closely with Lewis (Hamilton), or Monaco where they were line astern there.

“It’s just that we managed to maximise our opportunities, and to win 11 grands prix in a season is a mind-boggling amount.

“So to get anywhere near that again would be just incredible.”

He added: “All he has achieved so far in his career is unbelievable.

“He’s grown in experience, and you forget he is only 24 years of age and done just over 80 grands prix.

“His confidence is obviously very high, and the level at which he has been operating has been remarkable.

“He is capable of doing it, and I know he’s very motivated to try and ensure he retains the trophy.

“That absolutely doesn’t underestimate the competition and the opponents we’re up against.

“Of course, our target is to retain both our titles, but we are realistic enough to know that we are up against some very tough opponents so we can’t take anything for granted.

“However, there is a real sense of determination within the team.”