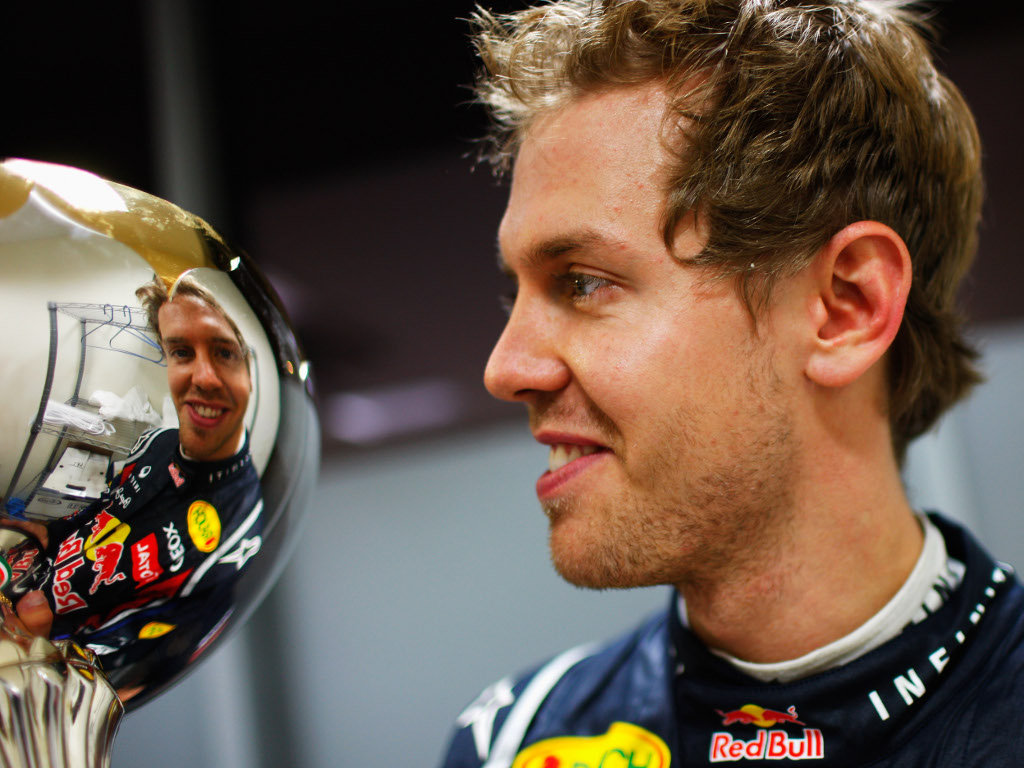 Sebastian Vettel has the drive to win as England football star Wayne Rooney, according to his Red Bull team boss Christian Horner…

Sebastian Vettel has the drive to win as England football star Wayne Rooney, according to his Red Bull team boss Christian Horner.

Vettel has been in impressive form this season as he raced to his second successive Drivers’ Championship title.

Taking 13 pole positions, winning 11 of 17 grands prix and bringing his total of fastest laps up to nine, he has dominated the world of F1.

It’s that drive to succeed, even when his team asks him to back off like they do when he chases a fastest lap at the end of a race, that has Horner likening the 24-year-old to Rooney.

“On a football field, he would be a centre forward. A Wayne Rooney, who always wants to score goals,” he told German daily Die Welt.

And even though Vettel has pretty much done everything that needs doing this season, Horner is adamant his driver won’t let up in the final two races of the Championship.

“He has a killer instinct, but he looks like an innocent lamb,” said Horner.

“He is a perfectionist and extremely ambitious, if he goes from the paddock to the parking lot and there is someone in front of him, he has to pass them.

“Over-taking is in his blood.”