Home Uncategorized Horner: Vettel is not an easy mark 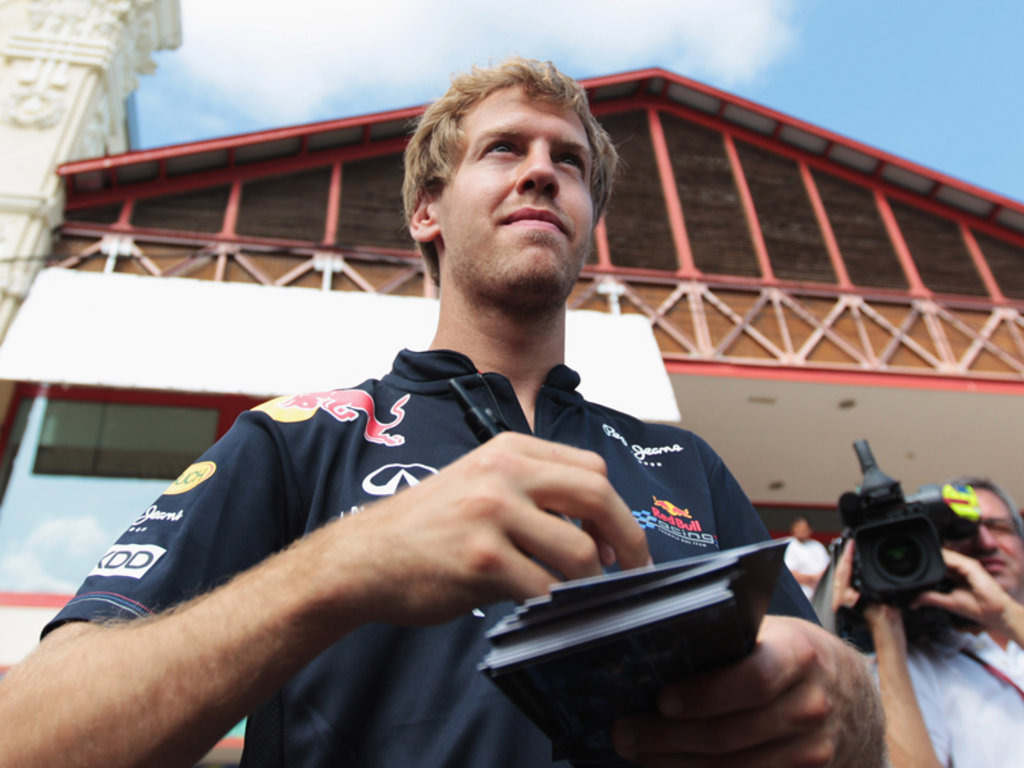 Vettel made his one and only mistake on a grand prix Sunday in Montreal two weeks ago when, on course for his sixth race victory of the Championship, the German ran wide as the fast-approaching Jenson Button came up behind him.

The error allowed Button to swooped by, taking his first victory of the season while, for only the second time this year, Vettel was forced off of the top step of the podium.

The reigning World Champ’s mistake has prompted some belief that he will crack if put under enough pressure.

Horner, however, insists this is not the case as the German proved in Monaco when he had not one, but two drivers, right on his tail.

“In the two races prior to Canada he pretty much spent the entire grand prix with somebody staring down his rear exhaust,” Horner said.

“The pressure he absorbed, in particular in Monaco, was phenomenal.

“In Montreal, at that stage of the race and in those conditions, Jenson was very, very quick.

“Sebastian had been massively quick in other parts of the race, but the pace car had kept backing him up.

“He, as a racer, was very keen to win that race. He gave his all, made a small mistake and finished second.

“It would have been much easier for him to take a more conservative approach, but he was still fighting for the win.”