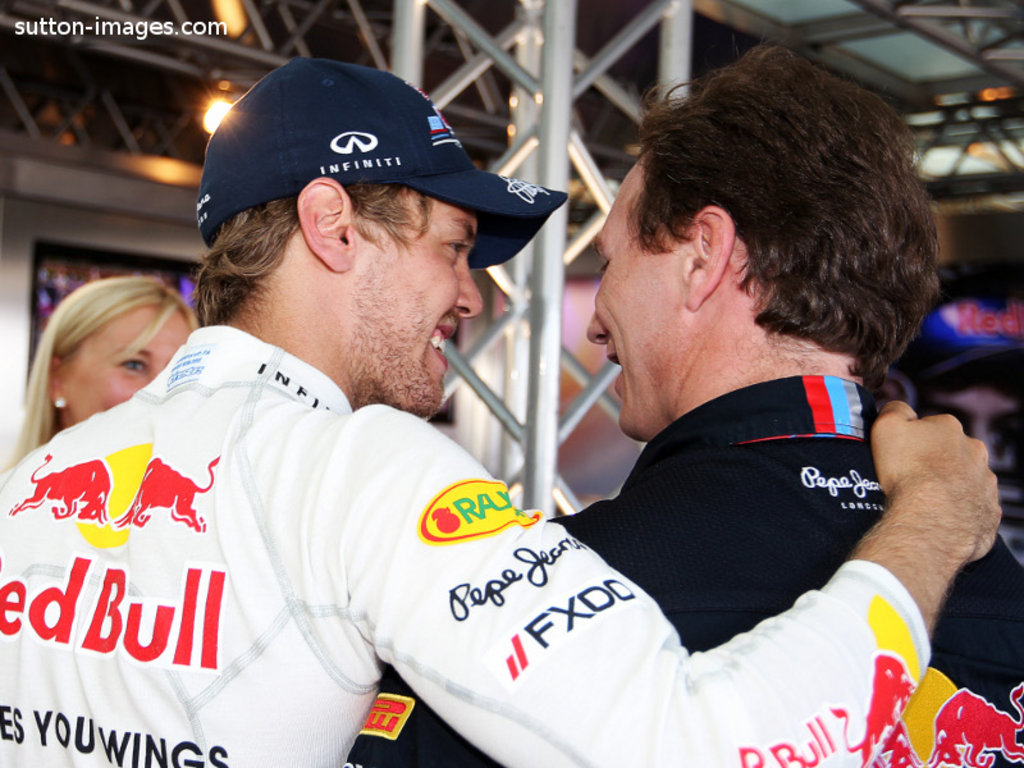 Christian Horner insists Sebastian Vettel is only focusing on the next race win and not the title despite his rivals saying he’s already won it.

Vettel has dominated this year’s Championship, securing six victories and two runner-up results from eight races, giving him a total of 186 points out of a maximum of 200.

The reigning World Champ is 77 points ahead of Jenson Button and his own Red Bull team-mate Mark Webber, which means he could sit out the next three races and still retain the lead in the standings.

And although many are already talking about the title and what Vettel has to do to secure it, Horner is adamant his driver isn’t ready or willing to take it easy – he still wants each and every race victory.

“He is very focused on winning,” Horner told Autosport.

“Montreal was all about winning. He went for it on the last lap because he knew he had to stay ahead at the DRS zone, but it did not work out for him there. His mindset is 25 points.”

His rivals, though, have “pretty much” already handed the 2011 Drivers’ Championship to Vettel.

Following the German’s European GP victory, Lewis Hamilton stated that “Sebastian is pretty much gone. He has pretty much won it really. Unless he doesn’t finish the next 10 races, then he is gone.

This is a sentiment echoed by Ferrari’s Fernando Alonso, who believes that “at the moment I don’t think we can think of the Championship. We just need to see what happens in the last part of the season.

“We’re still eight tenths to a second behind, so anyone who thinks we can win a Championship being that far behind doesn’t understand Formula One.”

Horner, though, insists the title is not yet decided, saying there is still a long way to go while teams also have to see how the new ban on off-throttle exhausts affects the playing field.

“I don’t know how many points there are available. There are a lot of points on the board available and up for grabs, so you can never say never,” he said.

“Our focus is race-by-race: to go and maximise our performance and get the best out of each weekend we can. This weekend we came within three points of a maximum score, and we have had both cars on the podium.

“He (Vettel) and the team have got themselves into a strong position but, as we know, there is such a long way to go in this Championship, and who knows what the effect of the regulation clarification – it is not a change – could be for Silverstone.

“I feel we have capitalised on all our opportunities so far and, as a team, that is hugely rewarding.”

Related Links
Hamilton: Vettel is pretty much gone
Alonso: Title race out of our hands