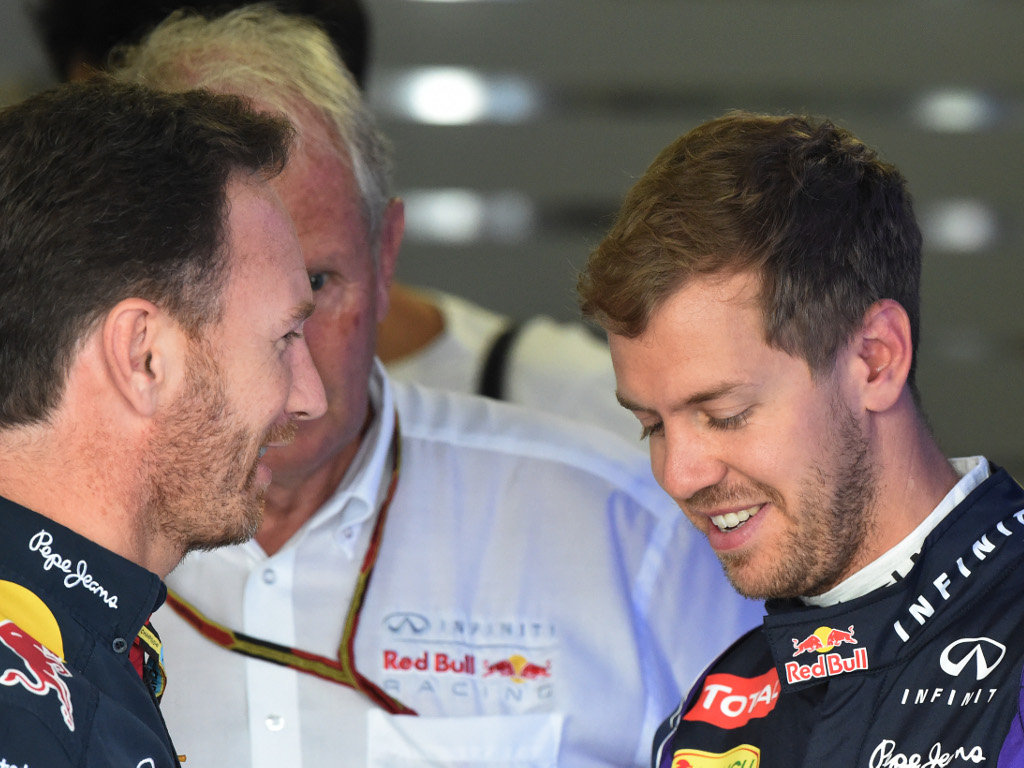 Christian Horner believes it is timing rather than Red Bull’s trying season that has led to Sebastian Vettel leaving for, presumably, Ferrari.

Vettel’s fourth season defending his World title has been a difficult one for the German and his Red Bull team.

Undone by the pace and performance of the Mercedes and its superior engine, Vettel has managed just three podium finishes of which none were a victory.

And unless he wins the season-ending Abu Dhabi Grand Prix, he will be the first Champion since Jacques Villenvue to fail to a win race during his title defense.

Horner, though, does not believe it was Red Bull’s fall down the order that prompted the 27-year-old’s departure.

“I think in life everything comes down to timing,” he told the official F1 website.

“It’s been a tough season for Sebastian and a window of opportunity presented itself at Ferrari. Maybe that opportunity wouldn’t be there in 12 months’ time! So the timing was right for him.”

However, with Vettel refusing to publicly reveal whether Ferrari is definitely his destination, Horner added: “I mean, we are all assuming that it will be Ferrari. Seb was always a big fan of what Michael Schumacher did.”

Pressed as to whether a better performance from Red Bull in 2014 would have persuaded Vettel to stay on, the team boss said: “I don’t know. You have to ask him.

“We can just thank him for the fantastic years together, wish him all the best for the future and hope that he sees a lot of our rear wing.”

The Brit also weighed in on his own future laughing off a rumour that he would head to McLaren in 2015.

“Ha, that is the first time that I’ve heard about that! That is very flattering, but my commitment is fully with Red Bull Racing. I have no desire to be anywhere else.”

And as for three-car teams, Horner says Red Bull could run another car but would rather Marussia and Caterham found the money needed to continue in the sport.

“I hope that Marussia and Caterham get their act together. If not, and we had to run a third car, we would be in a position to. But we will need to know pretty quickly – it’s already November. Logistically it would be painful, but if we are called upon to do it then yes, we would be able to support it.”