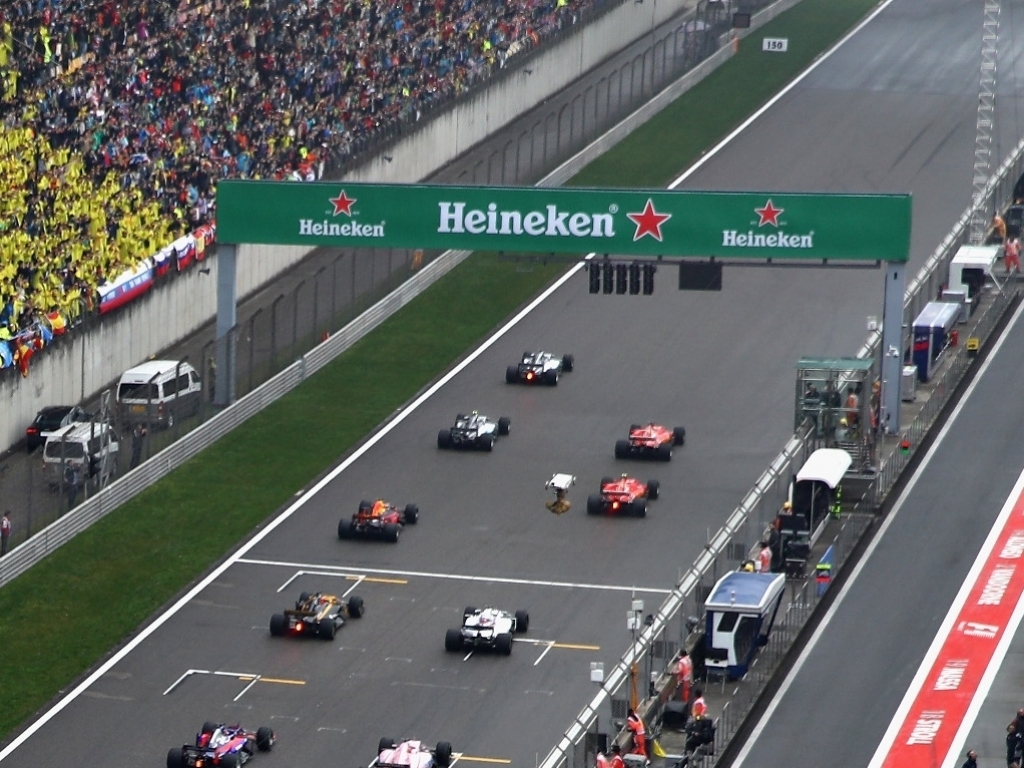 Christian Horner has called for the FIA to clarify over where exactly drivers must line up on the grid after Sebastian Vettel was partially outside his grid box in China.

Vettel, starting second on the grid, lined up outside his grid box in Shanghai on Sunday with his car clearly to the left of the box.

It is thought that he positioned the car as such to avoid wet patches on the run in to Turn 1.

His decision did not pay dividends as he was unable to get the jump on pole-sitter Lewis Hamilton and instead had to fend off Valtteri Bottas.

Vettel was investigated by the stewards but they ruled against taking action against the Ferrari driver.

This is not the first time that a driver lined up outside the lines with Red Bull team boss Horner calling for clarification.

“I believe that had been previously discussed,” he told ESPN. “I think the one thing that would be nice to come out of it is… because it was obvious what he was trying to do – get to the drier part of the track which you can understand – but it would be good to have clarity of does a driver have to start in his grid box or not.

“Is it just a line or is it a box? I remember it being discussed, but he got no advantage from it. It would just be good to have clarity.”